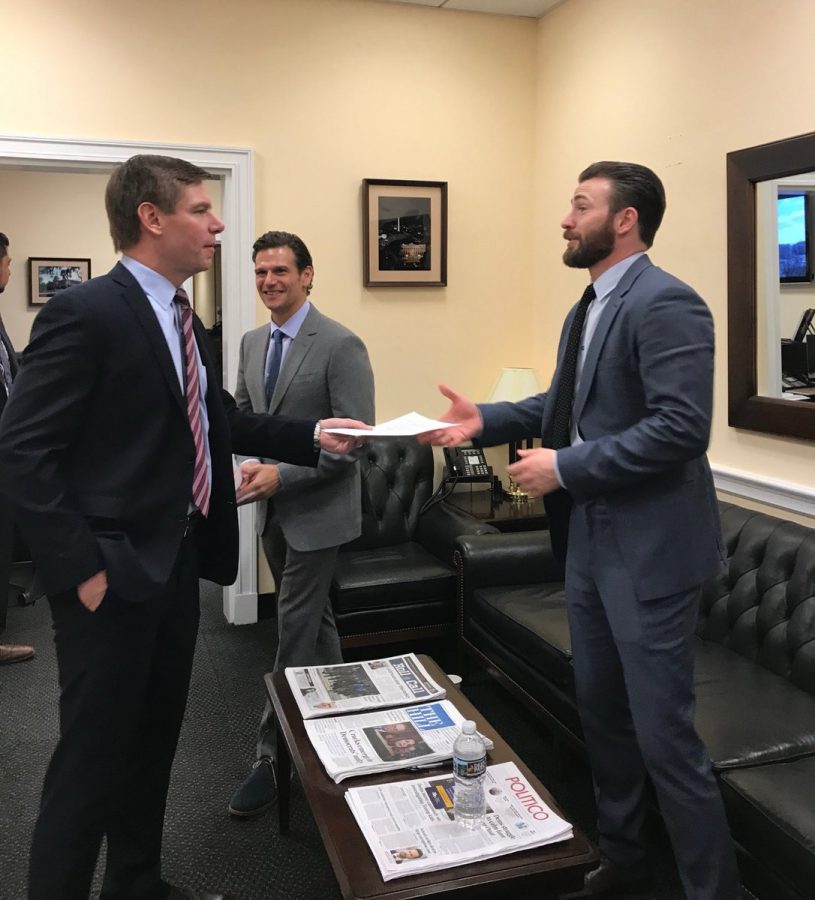 Senator Eric Swalwell said “(I) was thrilled to be interviewed by @ChrisEvans for his new civic engagement project, A Starting Point. I like Chris’s interview style of straight to the point, no BS, and just the real. Excited to see it launch!”

Chris Evans, the actor who notably plays Captain America, is taking a step out of his comfort zone and into the ever-changing world of politics.

The star regularly takes to Twitter to post about space, his dog and, of course, politics. Many celebrities started speaking out about their political beliefs in 2016, and Chris Evan’s reputation among this group sparked in February of 2017 when he got into a Twitter war against David Duke.

Evans always seems to have a voice of reason. Apart from taking a Democrat or Republican stance, he regularly spreads the belief “Love is the truth.” For this reason, it was no surprise that he wanted to do something more to help people find their own truth.

Though there isn’t a date set on when his website, A Starting Point, will be released, Evans has already talked to a whole slew of Congressional members from both sides of the aisle.

According to a CNN article, Evans has asked Congressional members “to participate in interviews for a civic engagement website that will be aimed at reducing partisanship and promoting respectful discourse.”

This news came after many Congressional members posted pictures with the actor on their varying social media accounts, leaving many followers questioning what he was doing in Washington D.C.

Evans said the idea for the website started when he was searching for his own answers, saying “I just thought, ‘Why isn’t there a place I can go to hear both sides of an issue in a succinct way that I can trust?'”

In the video that announced this project, Evans made a point to remind prospective members that this isn’t about his opinions.

Taking the time to really make that point clear is something that makes me trust his image for this website.

The basis of the website is that its members can post a one-minute video explaining their side of an argument. After the video, a series of links will be provided by that member to back up their argument.

If a member doesn’t like one of the arguments the website discusses, they don’t have to talk about it, but the goal is to have members from both sides of the aisle talk about the issue and provide evidence so that people can get an overview and have easy access to do some further research.

Hopefully, this website will gain the traction it deserves and spark civil discussions among people with differing opinions and eventually make bipartisanship the norm.