Are Captain America and Iron Man going to die? 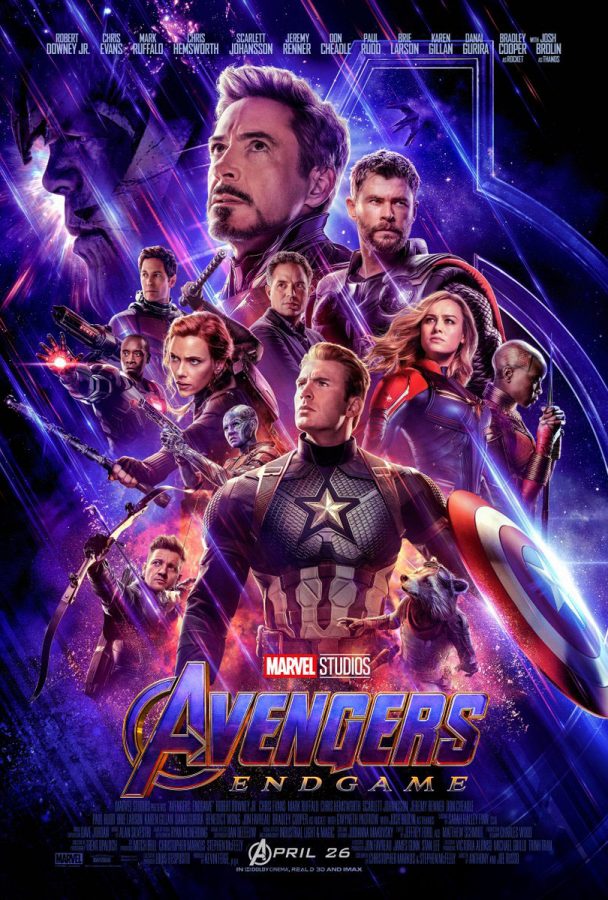 “Avengers: Endgame” is one of the most anticipated films of the year.

It’s been almost a year since Marvel fans were devastated by the effects of “Avengers: Infinity War.” Since then, they have been blessed with the box office record-breaking “Captain Marvel,” played by Brie Larson, and fans are excited to see how Larson’s role will fit into the next film.

Now, with “Avengers: Endgame” being released this weekend, Marvel is facing the end of an era and people are questioning how they’re going to wrap it all up in one film.

There are a plethora of fan theories about what is going to happen in “Endgame,” but I’m going to talk about some of my favorites.

The biggest overarching theory that has taken hold is the idea all the characters who were dusted in the snap are not actually dead.

An article by SYFYWire explains how the idea is these characters — The Winter Soldier, The Falcon, Doctor Strange, Black Panther, Spider-Man, Scarlet Witch and Nick Fury — are all just hanging out in the soul stone.

The main evidence for this theory comes from the scene in “Infinity War” after Thanos is struck by Thor’s axe. Thanos enters a completely orange colored environment and there he has a conversation with a young Gamora.

Based on the color of the environment — the same color as the soul stone — and the way Gamora died, theorists say she is trapped in the soul stone. This goes for other characters who were snapped away as well, they could be in the stone with her.

While many fans seem to have accepted this theory without a second thought, there’s a good chance they’re just willing to believe anything other than the idea their favorite character is dead. This also doesn’t really answer how the remaining Avengers are going to stop Thanos and reverse the snap.

An article by The Guardian talks about other theories, including the probability that Captain America and Iron Man will die in an attempt to save everyone else. While there is a decent amount of evidence for this, including the fact that Chris Evans’ contract is up and Tony Stark’s vision in “The Avengers” of everyone dying around him, I’m going to be hoping that’s not the case until the very end (and maybe even after that).

The Guardian talks about how many dusted characters are expected to return based on the fact that they have sequels planned. “Spider-Man: Far From Home” will be released in July and Disney+ has announced TV shows for some characters, including The Winter Soldier, The Falcon and Scarlet Witch.

To combat these theories, the Russo brothers — who have directed many Marvel movies including “Avengers: Infinity War” and “Avengers: Endgame” — have teased about the idea that these films are all set before the battle with Thanos.

My final, favorite theory — which is also touched on in The Guardian article — is that Gamora and Nebula will lead the final blow against Thanos. While this isn’t much of a full-fledged theory, I think these two deserve the right to destroy their abusive “father” more than anyone else.

That’s all I have for now. I’m counting down the days before these theories will be put to the test. Though I can’t say I’d be surprised if the Russo brothers manage to evade all of our theories with this film.

And hey, be a good person, don’t post spoilers.