A peek at the newest female congressional recruits 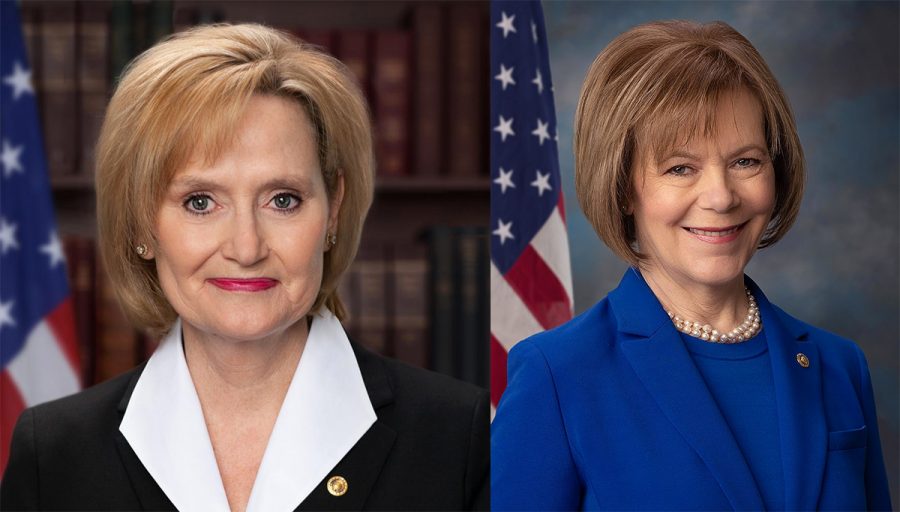 All politics aside, Cindy Hyde-Smith (left) and Tina Smith (right) — two new recruits in the 116th Congress — are some seriously strong female leaders in our country.

Since the 1917 appointment of the first female Congresswoman, Jeannette Rankin, to the House of Representatives, a number of influential women have served on Congress. According to The New York Times, the 116th Congress has 131 female congresswomen — marking the first time over 100 women have served in Congress, and more people of color being elected than in history.

Being a member of Congress requires a good amount of experience, and so I had to wonder what it must be like for two of the newest female members of Congress and how their accomplishments landed them in Congress. Let’s talk about the Smiths — Cindy Hyde-Smith (R) and Tina Smith (D).

In addition, she is a lifetime member of the National Rifle Association, stands to repeal ObamaCare and is a member of the Macedonia Baptist church.

According to her website, the policies she is working towards reference this: she works with the Trump Administration in support of building a wall, wants to preserve Trump tax cuts and repeal “unnecessary regulations” on American farmers, workers and business owners.

She served on the Agriculture Committee for eight years and, as a beef cattle farmer and partner with Lincoln County Livestock, she stands for policies that represent and aid farmers. According to her website, she played a role in re-opening the market in China for American beef exports and country-of-origin food labeling.

But, politics aside, Hyde-Smith has some remarkable honors that make her worthy of recognition as a senator — and as a woman.

On the other side of the political spectrum, Tina Smith (D) describes herself on her website as a small-business owner, executive, activist and public servant.

Smith began her journey 34 years ago with a marketing executive job she accepted at General Mills. She later joined Planned Parenthood as an executive, and then became the chief of staff to former Minneapolis Mayor R.T. Rybak. Then, she became chief of staff to Gov. Mark Dayton. In 2014, Smith began as Minnesota’s lieutenant governor.

She focuses her attention on bringing down the unemployment rate, fair taxation, economic gaps between people of color and white people and solving budget issues, according to her website.

“Like most women,” she said, “I’ve often had to improvise and juggle it all in the faith that things will somehow work out.”

Beyond the politics, Smith represents women well with an impressive education background. In addition to a bachelor of sciences degree in political science from Stanford University, she also holds an MBA from Dartmouth College.

“I’ve never been one to shrink from a challenge or opportunity to live what I’ve learned from my parents, my family, and the people of Minnesota: work hard, be humble, treat people with respect, and do what you can to help improve people’s lives,” Smith said.