Why is Sunny-D upset and did they tweet it to be hip? 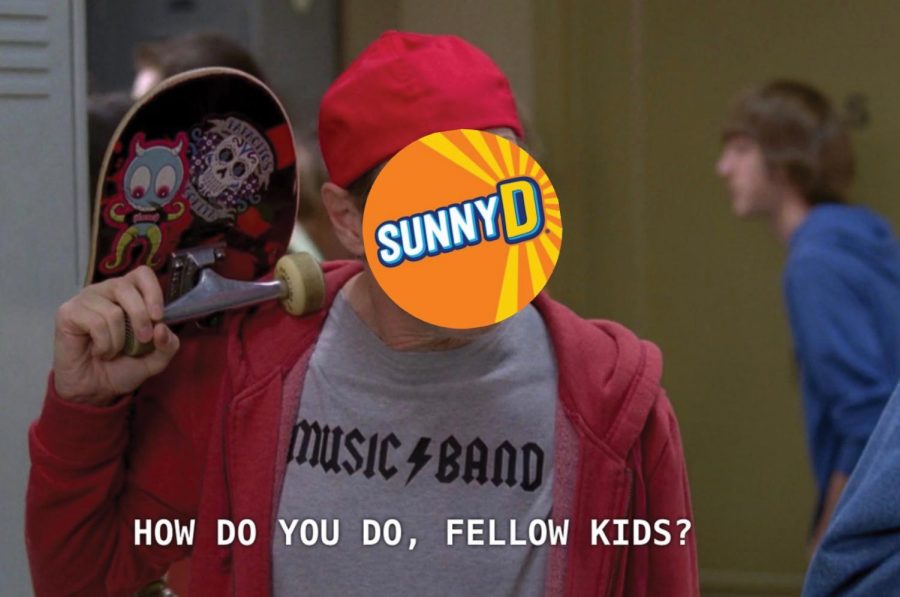 The Super Bowl is America’s biggest television event, bringing in hundreds of thousands of viewers each year. No doubt, many of the viewers, myself included, are watching for the witty commercials that feature our favorite celebrities doing a funny bit for 30 seconds. But tell me why Sunny-D deciding to go sad-17-year-old-with-a-Twitter-account that night reignited the mocking of brands and their relatableness?

On Feb 7, 2019, at 8:24 p.m., about three hours after the Los Angeles Rams and the New England Patriots started one of the most boring Super Bowl games ever, Sunny-D hit everyone’s timeline with its desolate thoughts.

Brands have spent many years acting relatable to bring in customers. Denny’s Twitter has been at it for a long time. The first tweet from the account comes from late 2016 and asks “What’s scarier?” followed by a poll whose options are “getting the order wrong” and “thinking about your past.” “Thinking about your past” won by more than 3,000 votes.

A more popular social media brand icon is the Wendy’s Twitter account. More recently, Wendy’s strives to be as hip as they can with the kids, using popular joke formats, starting a Twitch account to play Overwatch and Fortnite and releasing a mixtape on iTunes.

Fast-forward past the thought of Wendy playing duos with Burger King. Sunny-D’s tweet was very popular with Twitter users and brands. Wikipedia, Healthline, MoonPie, Pop-Tarts, Uber Eats and more replied to Sunny-D with some words of encouragement or a shameless plug of their products.

Now, don’t get me wrong. Brands connecting with young people definitely gets them publicity. It’s a great tactic to get people talking about a brand. The social media managers are doing their jobs well. But is being sad online the best way to become hip with the youngsters? I get enough of that on my timeline from the millenials I follow. I personally wish my orange juice was a little happier.

In this era of technology, however, this may be more beneficial to a company than I am realizing. It feels like everyone on Earth is on the internet and social media. Most people are getting their news from social media anyways, brands might as well utilize the platform. Sunny-D ended up getting more than 153 thousand retweets and 347 thousand likes on their sad tweet. Those are impressive numbers considering they only have 37 thousand followers.

As you can probably tell, I am at a crossroads as to whether or not support what brands are doing to engage audiences. Being hip and interacting with the social media community is entertaining from time to time. But please, I don’t want my espresso to be depresso.