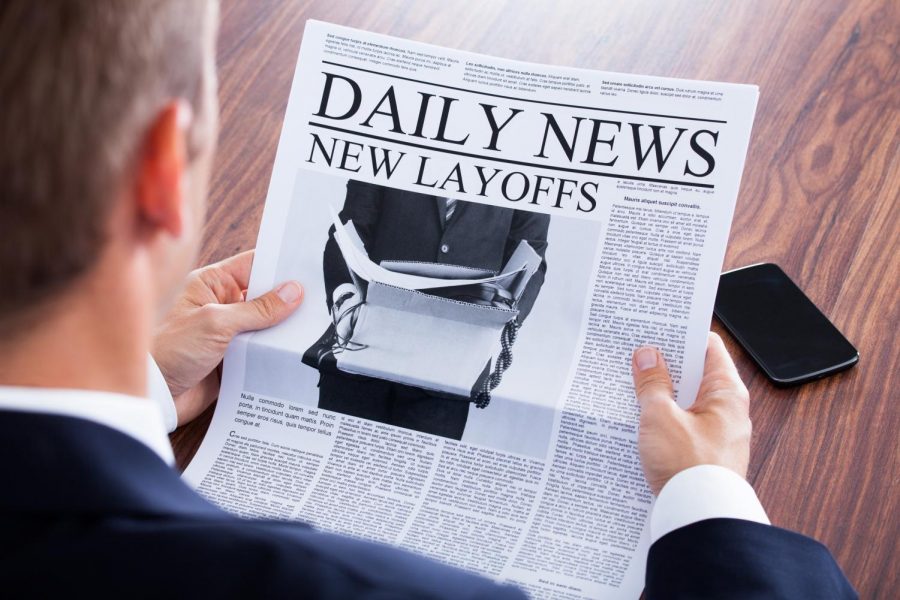 Over 2,200 employees in digital media have been laid off in the last two months. Buzzfeed, Huffington Post, Vice, Gannett and USA Today are a few of the most affected.

Journalism allows for the documentation of history and the conveyal of truth. It gives a platform to impactful people, perspectives and issues. Now more than ever, journalism is an absolute societal and democratic necessity. We are at an undeniably pivotal moment in history and there are so many fresh voices demanding to be heard.

And yet, as of late, the journalistic field — particularly in regards to digital media — is shrinking. While it has never been a field of stability, as Farhad Manjoo, an opinion columnist for The New York Times, said in a recent article, the recent onslaught of digital media layoffs is reason for serious alarm. Manjoo labels the wave of layoffs a “devastation.”

“Working in digital media is like trying to build a fort out of marshmallows on a foundation made of marbles in a country ruled by capricious and tyrannical warring robots,” Manjoo said.

We’re less than two months deep into 2019 and, according to a Business Insider article, there have already been more than 2,200 layoffs in the digital media field. 2,200 employees, if I need to point it out, is a crazy high number.

Affected companies include Buzzfeed, Gannett — which, according to the Business Insider article, is owner of more than 100 local and national news entities — Vice Media and Verizon — whose media companies include the Huffington Post, Yahoo News! and AOL.

“The cause of each company’s troubles may be distinct,” Manjoo said, “but collectively the bloodbath points to the same underlying market pathology: the inability of the digital advertising business to make much meaningful room for anyone but monopolistic tech giants.”

“The biggest threats to journalism right now are tech monopolies & concentration of ownership,” Ocasio-Cortez said in a tweet. “The fact of the matter is the current monopoly trend is societally & economically unsustainable. We can’t simply accept the cliche that ‘journalism is dying.’ Journalism will only die if we choose not to fight for it — and if journalism dies, our democracy will, too.”

Right now, Facebook, Google and Twitter appear — and have proven to be — insurmountable media monsters. The power they hold and the resources they hoard is absolutely astonishing. With their vast pools of consumers and subsequent pools of user data, advertisement companies can’t help but shell out the big bucks. This leaves little for not-as-mega companies like Buzzfeed.

I fear that, in the age of President Donald Trump, journalism and its restoration won’t be made the serious priority it should. I’m concerned for young journalists like myself who so desperately crave to work for and gain experience in media companies that, right now, are depleting.

The outlook is altogether grim.

However, I don’t believe journalism is beyond salvation, or even that our current journalistic outlets are completely lacking in terms of quality. Larger publications like the New York Times, thanks to their success with subscriptions and increased membership after the “Trump Bump,” are actually thriving right now.

In an interview with The Guardian, Jill Ambramson, former editor at The New York Times, made a comment that gives me some sense of hope:

I, and many others I know and work with, plan to continue working to create great journalism — to keep journalism alive.

Reisdorf can be reached at [email protected]