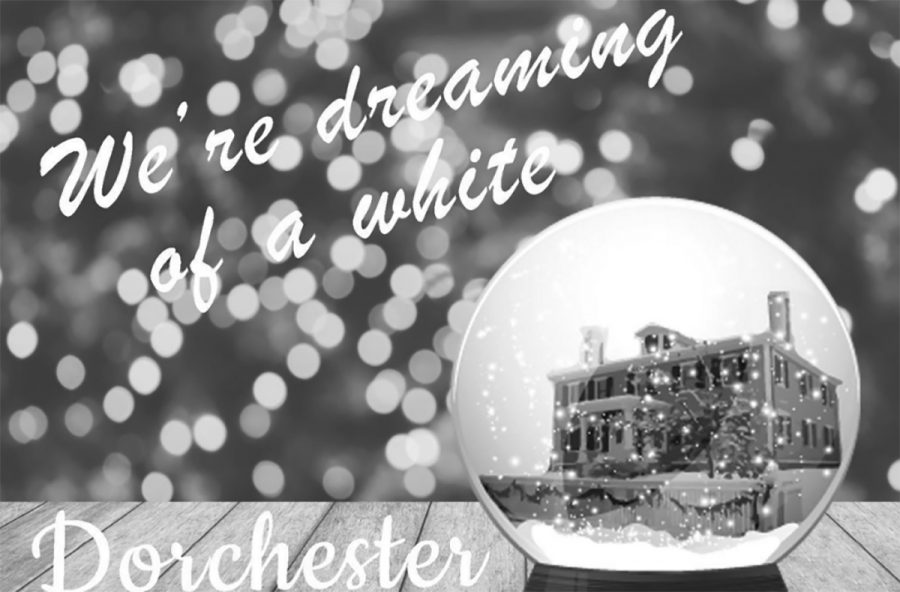 The Dorchester Historical Society’s greeting card, which originally read “Dreaming of a white Christmas,” was later changed to “May your Dorchester days be merry and bright.”

The Dorchester Historical Society of Dorchester, in Boston, Mass. recently released a Christmas card in promotion of  their upcoming annual holiday party that read: We’re dreaming of a white Dorchester.

Although it was a twist on the classic Bing Crosby hit, “White Christmas,” this wintery greeting rubbed people the wrong way, and for a good reason — the card insinuated that the Dorchester Historical Society is dreaming of an ethnically caucasian town.

The historical society rescinded the holiday greeting and publicly apologized for their insensitivity to the racial connotations of the card, but this isn’t the first racially-charged insensitive thing to occur in the United States of late.

Just off the top of my head, I’m thinking of the group of boys from Baraboo County, Minn. who did the Nazi salute at their prom, the man who wore a crude, racist shirt to the polling booth or the father and son duo who dressed as Hitler for Halloween — racial and ethnic insensitivity is everywhere and it needs to be eliminated.

Maybe it’s because I’m immersed in the rhetorics of analyzing literature and films as an English student and I spend a majority of my day thinking about the implication of texts in real-life situations that I recognize this is so wrong. Or, perhaps it is because I’m a human being with an understanding of our country’s past and the racial situations of today that I know this is wrong. Either way, saying that we’re dreaming of an exclusively white town would make my heart break if I were a person of color. It’s like saying ‘we don’t want you  here.’

Well, I do. I want all people here and everywhere they want to be.

I’m tired of limits and offensive behavior being imposed against people of color and individuals of particular ethnic groups. We do these offensive things and then wonder how people of color are disadvantaged. It’s ridiculous, really.

Not to mention that the Dorchester card was printed in a mostly non-white area. They said they didn’t think it through, but they’re a historical center. They should understand the implications of their words and their actions, better than anyone else.

I’m thinking psychologists and sociologists could have a thing or two to say about groupthink here.

But anyways, I digress. Particularly with the holidays coming up, it’s super important to recognize the racial implications of things, like comments made by your grandma as the ham goes around the table, or the Christmas cards you send to your family or even the way you talk about people you’re friends with — let’s make a pact to consider our words carefully this holiday season.

We really don’t want to leave anyone out of the greatest part of the year.

This rather offensive tale comes with a happy ending, too — the Dorchester Historical Society ended up with a holiday greeting card that read: May your Dorchester days be merry and bright.

I don’t know if anyone else agrees, but I like that one much, much better than the first.