Getting it together: the remix

Wake up techniques from someone who’s just doing her best 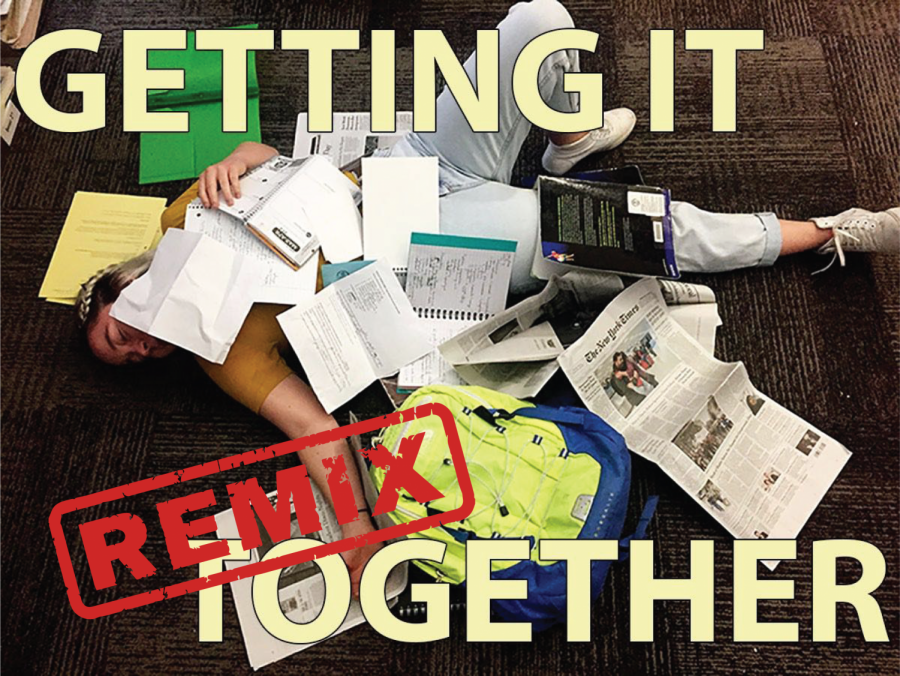 One day, back in my glory days (my senior year of high school) I woke up late; no big deal. I rolled into Spanish 15 minutes late and didn’t think anything of it. My mom would call me in like she always did.

I was in for a rude awakening. Literally.

That day, my name was called over the announcements; I had lunch detention. As a straightlaced kid, I was shocked and appalled. What could I have possibly done to deserve this? I headed straight to the office to correct their misunderstanding.

As it turned out, my mom had stopped calling me in for being late. I had three tardies on my record, and thus, lunch detention. I was also informed that I wouldn’t be able to compete in my next two gymnastics meets.

I was horrified. Would this go on my record? Would colleges turn me down because of my detentions?

Later, it turned out that colleges were more concerned with my average GPA and class rank (a good ACT score can’t save you!) than my single lunch detention, but that’s not the point. Waking up on time has always been one of my greatest struggles.

Now that I’ve begun my placement at Glenwood City (an hour away), at which I must arrive by 7:20, I feel like I’m facing the final boss in the education game. If I defeat this early-morning adversary, I’ll win the ultimate prize: a degree.

College is a golden era of late-morning classes. In the real world, however, we’ve got to get it together. If you’re struggling to wake up on time, as I am, I have some valuable tips.

For my placement at Glenwood City I’m using a multi-part wakeup strategy.

The most obvious is bedtime. Go to bed early, wake up early. It seems logical. However, that has never fully worked for me. Extra sleep doesn’t make my bed less comfy in the morning. Ineffective as it may have been in the past, I’m still committed. Early bedtime every night.

In combination with early bedtime, I’ve implemented several alarm strategies. My usual method is to set three alarms on my phone — 10 minutes apart, each with a different song and one with the “opening” ringtone (the ringtone that haunts your nightmares. The worst Apple has to offer).  A few morning-related song suggestions: “Wake Me Up When September Ends” – Green Day, “Wake Me Up” – Avicii, “A.M.” – One Direction.

Unfortunately, this strategy has also failed me. The iPhone alarm, even with vibrate turned on, just isn’t enough. Yours truly has slept straight through all three. Once I woke up to a two-hour-old message from the girl living below me, begging me to turn them off. I hadn’t even stirred.

I broke out the big guns this time. An old-school radio alarm clock that my roommate loaned me. We’ve been so spoiled by our technology that we forget the technology of the 90s has the capacity for volume beyond our wildest iPhone fantasies.

I have the radio set to static so it’s extra jarring. That baby is so loud I almost screamed in sheer terror upon waking up this morning.

The third phase of my strategy is coffee at the ready. As soon as I slam my hand on the snooze of the alarm clock I pound a canned Starbucks Doubleshot Espresso, which I leave on my bedside table. The blaring static combined with the jolt of caffeine has been effective thus far.

That’s it, those are my hard-won tips. Go to bed early, get some caffeine and an ancient alarm clock, and set that puppy for 5 a.m.. I feel so together.

Hultman can be reached at [email protected]