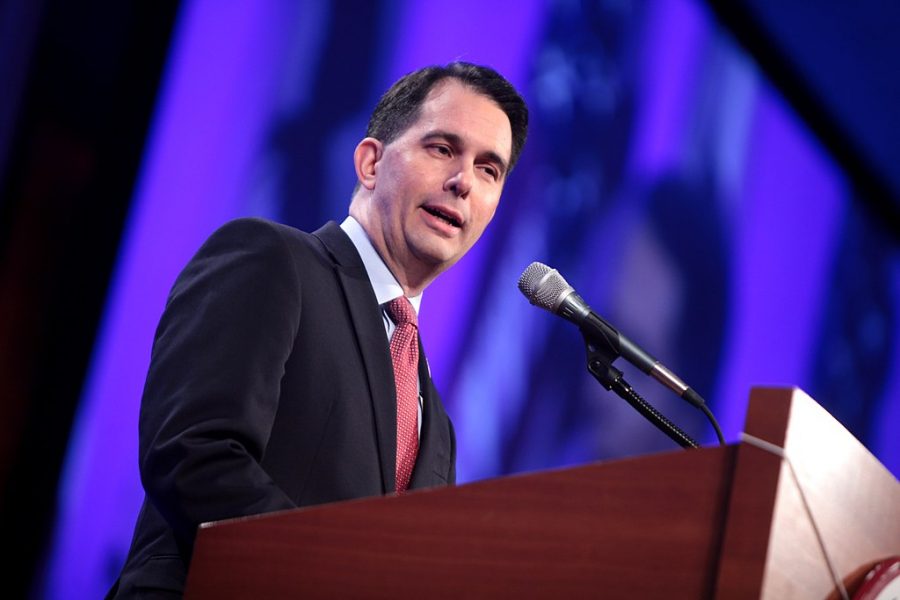 Last Tuesday, monumental changes came to the United States’ legislature thanks to the midterm elections. The House of Representatives flipped from a Republican majority to a Democratic majority after the Democrats gained 32 seats. In Wisconsin, the shift from red to blue at the governor level was big but maybe not unforeseen.

Eau Claire County, however, didn’t seem to have any intention to keep Walker in office. Evers got almost six thousand more votes than Walker in Eau Claire county alone, making Evers the front runner by more 12 percent. This doesn’t come as a shock, however, because in the past Eau Claire has voted against Walker, even if only by less than one thousand votes. Eau Claire seems to stay blue despite being surrounded by red counties.

Whether it was an increased motivation to vote, an increase in commercials opposing Walker or the charisma of Evers, it was enough to shift governors. While Wisconsin hasn’t had a habit of swinging toward Democrats or Republicans, in the current political climate, it is a big shift.

Moreover, Democrat Congressman Ron Kind beat his opponent, Republican Steve Toft, in the House District 3 race. Across the state, incumbents of the House of Representatives kept their seat in every sector of the state, resulting in three Democrats and five Republicans representing Wisconsin in the House.

Wisconsin becoming more blue, however, follows a trend that was popular around the nation during the 2018 midterms. While it may have only been a few votes here and there, the governor seat still shifted political parties, which is a big deal. Beto O’Rourke, Texas’ rising Democratic star, made waves in the Lone Star state, even leading the governor race at one point.

Is it any surprise that Democrats gained so many seats throughout the country after the 2016 presidential election and the discourse that followed? So many events have happened regarding Trump and his legal team, many of which have been overlooked or ignored by the Republican majority in the House and Senate, that it is only natural that the opposite side would do their best to retaliate.

What is happening in Wisconsin and in the United States is a much-needed reaction. Protests and rallies are powerful because of the conversation they start and the change demand. Voting, however, is something that politicians cannot lie about or set aside. If the citizens of the United States vote for change, then change will come.

The nation is divided in a very unhealthy way — one that separates friends and family and creates immense hate that does nothing except stop progress. What is the United States if it is not a nation looking forward to create a more accepting, loving refuge for those who cannot find peace or joy in their current situation?

Think of how the United States should look to those who see it from the outside. It may not look picture perfect and probably never has. However, things are changing, so do not stop pushing for it.