Scott Walker is getting antsy

With midterm elections around the corner, Walker struggles to maintain the lead 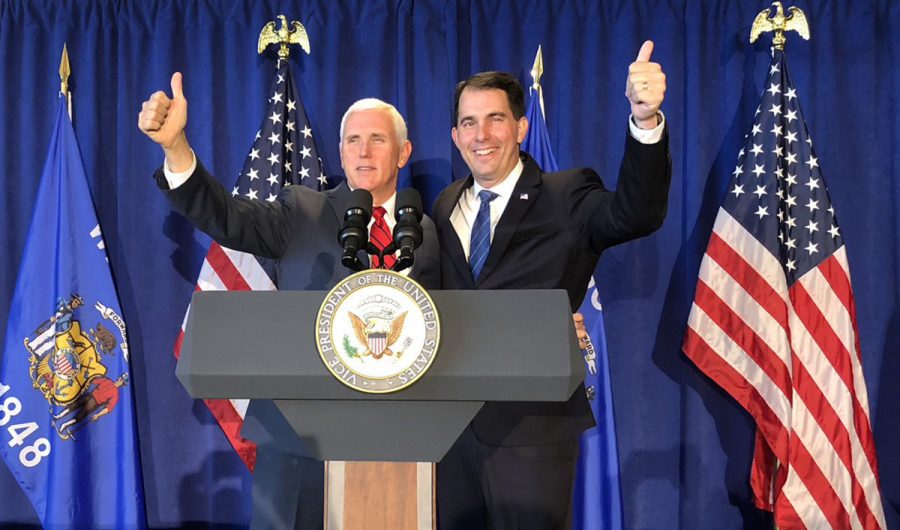 The 2018 gubernatorial race seems to be getting a little too close for comfort for incumbent Governor Scott Walker.

According to the most recent Marquette University Law School Poll, Walker is only one point ahead of Democratic candidate Tony Evers, though this is a brighter outlook for Walker than in the previous poll, where he was trailing Evers by 5 points.

The one-point lead seems to be a trend for Walker, as his approval rating at 48 percent is only one point higher than his old disapproval rating of 47 percent.

Walker was voted into office in the 2010 election after an unsuccessful gubernatorial campaign attempt in 2006. In 2012, Wisconsin citizens organized a recall with more than 900,000 signatures in support of recalling Governor Walker. Walker won the recall election with 53 percent of the votes.

Walker released an ad campaign running on gas station pump screens claiming Evers is going to raise gas taxes “as much as a dollar a gallon.” This ad goes on to claim that Walker will “keep fighting for you,” the person who is filling up their car with gas and ignoring his ad. Personally, I never actually pay attention to whatever is playing on the pump screens — I don’t know many people my age who do.

I am to say. After all, this is my opinion piece. Walker is really playing to his strengths — he knows the older demographic is who he’s popular with. He can talk about wanting to help the working class and lower taxes for farmers all he wants, but he doesn’t have to follow through. People who are voting for him are either retired or will be soon.

Now, names like Trump and Pence may not be the most popular for some but they are huge endorsements for the Walker campaign. However, what is most important for Walker to stretch his lead is to gain endorsements from more moderate politicians. The moderate endorsement will not only make Walker appeal to a wider range of voters, but could also gain the few points needed from independent and libertarian voters.

No matter one’s political stance, I think it is important for everyone to have their voice heard and vote. The midterm elections are on November 6th are the perfect chance.