“So, what’s the sitch?” Kim Possible and to female empowerment 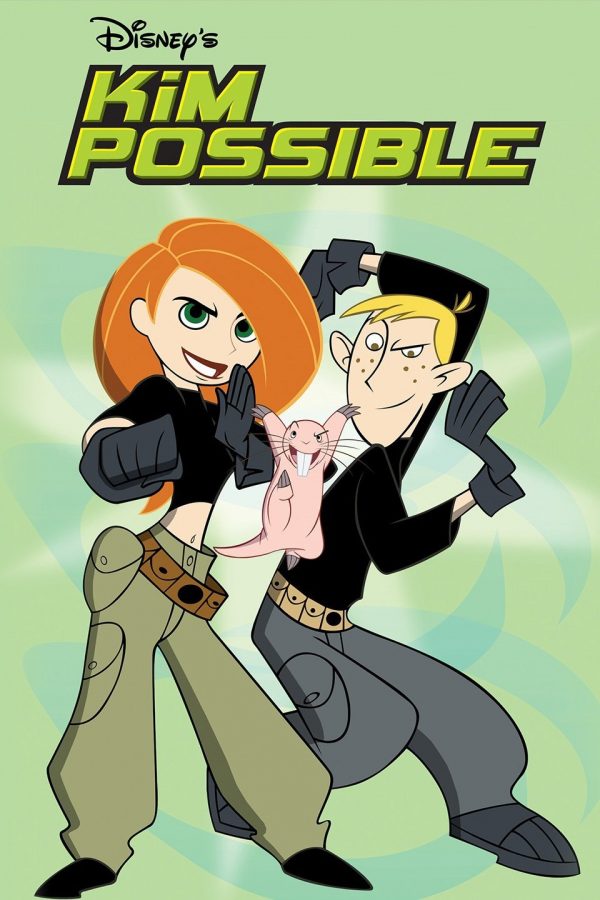 Kim Possible, Ron Stoppable, and Rufus about to fight the bad guys.

In June of 2002, Disney Channel aired the show “Kim Possible.”

This show was created by Bob Schooley and Mark McCorkle who were veteran Disney writers at the time, writing also for “Aladdin: The Return of Jafar” and “Monsters vs. Aliens.” They wanted to create something original. At the same time they had this thought, the writers learned that Disney Channel was interested in developing a show featuring ordinary kids in extraordinary circumstances. It was the perfect opportunity to blend their thoughts together.

The network commissioned Schooley and McCorkle to create an animated series geared towards kids ages 9 to 14 years old, but would also entertain older audiences.

While traveling in an elevator on the way back from their lunch break, McCorkle said to Schooley, “Kim Possible. She can do anything,” to which Schooley responded, “Ron Stoppable, he can’t.”

Thus, the premise of “Kim Possible” was born.

According to Schooley and McCorkle, “Kim Possible is going to be an arched show that is a bit over the top, but has the girl as the action lead and the guy as the comic relief guy.”

While Kim excels at fighting crime, she faces challenges at school and in the real world. Ron, on the other hand, is challenged just about everywhere.

The show takes place in the fictional U.S. town of Middleton and focuses on Kim Possible’s balance of life and crime-fighting adventures. Kim is assisted by her sidekick and best friend Ron who carries his pet naked mole rat, Rufus, in his pocket. During missions, Ron always unintentionally jeopardizes the mission –– usually through his lack of confidence and clumsiness. The focus is always on Kim, and how she’s the one everyone goes to when they are in a jam.

The three of them are assisted remotely by Wade, a 10-year-old computer genius who almost never leaves his bedroom and communicates with Kim and Ron via the “Kimmunicator,” a device he invented himself.

Most missions include fighting a villain known as Dr. Drakken, a mad scientist plotting world domination with his sidekick Shego, who possesses the ability to generate powerful energy blasts and shoot them out of her hands. Besides Kim, she is one of the women in the show that has badass moves. For transport to and from missions, since Kim can’t drive yet, she relies on various people who owe her favors for assisting them in past missions.

A very prominent idea in the show is that the women in the female-male partnerships are the leaders and the smart ones. With Kim and Ron, Kim is always the one making decisions and the leader; Ron’s ideas are always shot down because they don’t make logical sense. With Drakken and Shego, Shego is always the one pointing out the flaws in Drakken’s schemes.

As a child who grew up in the 2000s and watched Disney Channel frequently, “Kim Possible” was something I loved watching. Seeing on the TV that Kim can do anything made me feel like I could do anything, too. I related to Kim a lot growing up; I had smart parents and an annoying little brother.

Seeing “Kim Possible” now as a young adult, I appreciate the work Disney Channel did to show women in the proper light and reminding everyone that women can be the heroes. I also appreciate that Disney Channel worked hard to break gender norms in the show and open up third-wave feminism ideas to girls who really needed that representation in the media.

I hope future generations of girls watch “Kim Possible” so they know they can do anything.