In an effort to belittle women, men ‘mansplain’ things to them

Please, just stop doing this to us 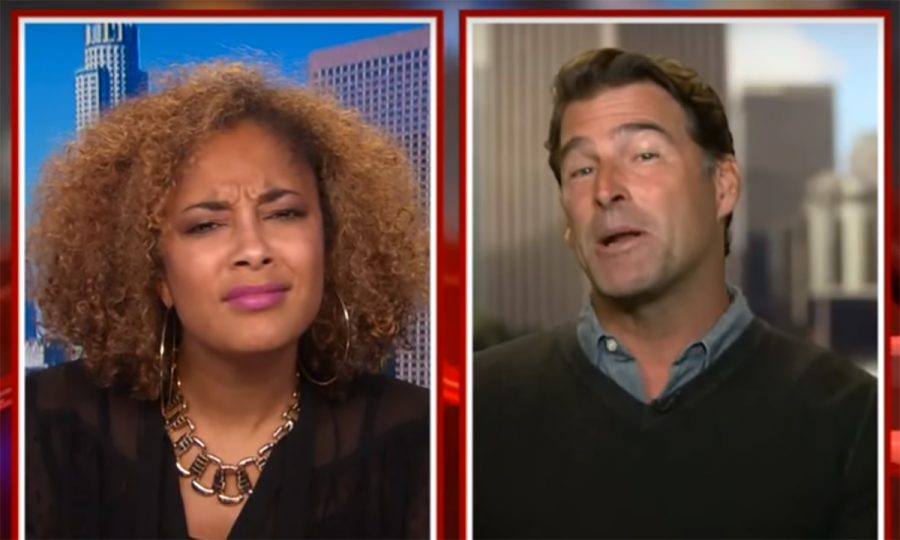 Comedian Amanda Seales reacts to author Steve Santagati telling her he’s more of an expert on women than she is.

There have been too many times in my life that I have spoken to a man and he has tried to belittle me by saying “Well, actually…” and telling me pretty much exactly what I just said.

This is called ‘mansplaining.’

Mansplaining is “what occurs when a man talks condescendingly to someone (especially a woman) about something he has incomplete knowledge of, with the mistaken assumption that he knows more about it than the person he’s talking to does,” according to Merriam-Webster. Another instance of mansplaining is when women say something and men repeat it right back to them in different words.

Men — not all of them, but enough that I feel I can generalize — seem to feel the need to explain things to me and other women. I wonder why men feel the need to do this? Spoiler alert: It’s sexism, toxic masculinity and all-around self-centeredness.

I have had men tell me how to do my job — ones who do not and have not worked with me. I’ve had men explain journalism to me, as if I’m not devoting my entire life to it. One time in class, I watched a guy explain sports to a woman, even though she knew exactly what she was talking about.

A viral example of mansplaining occurred on CNN in 2014 after a clip about catcalling circulated the web. Host Fredricka Whitfield brought on comedian Amanda Seales and author Steve Santagati to discuss catcalling and its effect on women.

After Seales was explaining her side of the argument, she told Santagati he wouldn’t understand because he “isn’t an expert.” In a not-at-all-surprising turn of events, Santagati said, “I’m more of an expert than you and I’ll tell you why.”

I’ll spoil the ending for you: Shockingly, he is not more of an expert than she is, but he seems to think so — just like every person who has mansplained anything.

There are subtle versions of mansplaining that women — and probably others — experience every day. For instance, Sophia Benoit, a writer, made a rule on her Twitter account that if anyone says “actually” to her, she will mute them. Benoit makes a lot of sophisticated jokes — often at men’s expenses — which apparently warrant men’s responses telling her she’s wrong.

Men: You all need to quit doing this to us.

One of my favorite ways to shut down mansplaining is by asking how they know what they know. While there are polite ways of stopping men from drawn-out, unnecessary explanations, like standing your ground and reminding him why you’re the expert here, The Telegraph lists others ways as well. For instance, being sarcastic or explaining to them what mansplaining is.

As for men, it’s pretty easy to not mansplain. The easiest ways are to ask questions rather than restate facts, according to Rise: News, and to limit your statements to experiences and knowledge you actually have. Or maybe you could just listen and nod.

If I’m speaking, I shouldn’t be interrupted. If I’m wrong, politely explain it to me. If I’m right, shut up. Staying quiet is a pretty simple task — just ask women, we’ve been forced to do it for centuries.