Bunnies are more than Easter presents 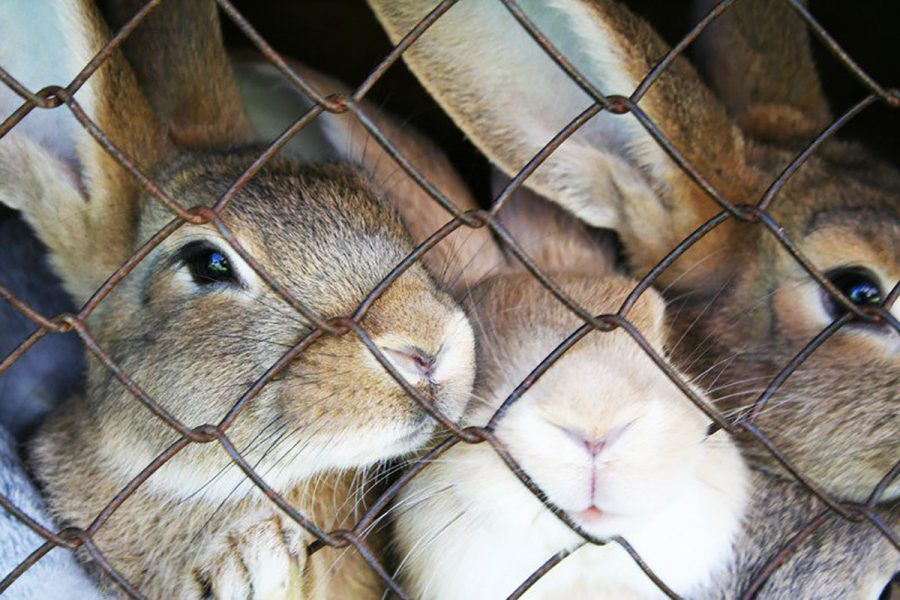 According to The Huffington Post, roughly 80 percent of the rabbits at animal shelters were once given as Easter gifts.

That’s a slogan I saw on Facebook, edited over a picture of an adorable rabbit. Easter just passed, which means people all across the U.S. brought home bunnies to tuck into festive grass-filled baskets for their children as a way to celebrate the holiday.

According to The Huffington Post, nearly 80 percent of the bunnies up for adoption in shelters were once Easter gifts. That means thousands of the four-legged furballs go home with high hopes, only to be abandoned a few weeks after the fact.

Rabbits are cute, but according to Rabbit.org, they’re not great starter pets for kids. They’re very high-maintenance creatures that commonly live between 8-14 years. In my experience, children don’t have attention spans that long, and most aren’t responsible enough to take care of another living thing. They’re still learning how to take care of themselves, but many parents still go through with the decision to buy them a pet bunny.

Easter isn’t the only holiday followed by an increase in animal surrenders. When Christmas comes, some people give puppies and kittens as gifts. Unfortunately, shortly after the holidays are over, many of these animals are abandoned.

The ASPCA estimates that 6.5 million “companion animals” find their way into shelters every year. The holiday season sees a peak.

Buying or adopting a pet is a serious decision. It’s costly to care for an animal — they require time and attention and loads of money. They shouldn’t be taken home on a whim just to see someone’s face light up. The cuteness they enamor with in their early days inevitably fades; it’s important to look further into the future of the life that human and pet will share for a long time to come.

Taking a life into your hands and deciding a week later a pet is too much to handle is simply irresponsible. Even bunnies, which take up considerably less space than most dogs, need boundless care. From fresh hay, greens and water to daily playtime, affection and patience, these soft creatures are demanding, and people need to know that from the get-go.

It is unacceptable to bring a pet into the home without doing some research first. Do not bring home a pet for someone in your family if it isn’t something that has been looked into, discussed and agreed upon.

This means you should never surprise a friend or family member with a live animal, even if it is the cutest, cuddliest thing you’ve ever seen. Do not assume you can take care of a furry friend if you’re not absolutely sure you have the means to do so.

Don’t be a part of the problem. Instead, adopt pets only when you know you have the time and money to care for them — and even then, only after very careful consideration and deliberation. If you know you’re personally not in a position to own a pet, donate to shelters that will care for these animals until they can find their forever homes.

And please, whatever you do, stick to chocolate bunnies whenever Easter rolls around.