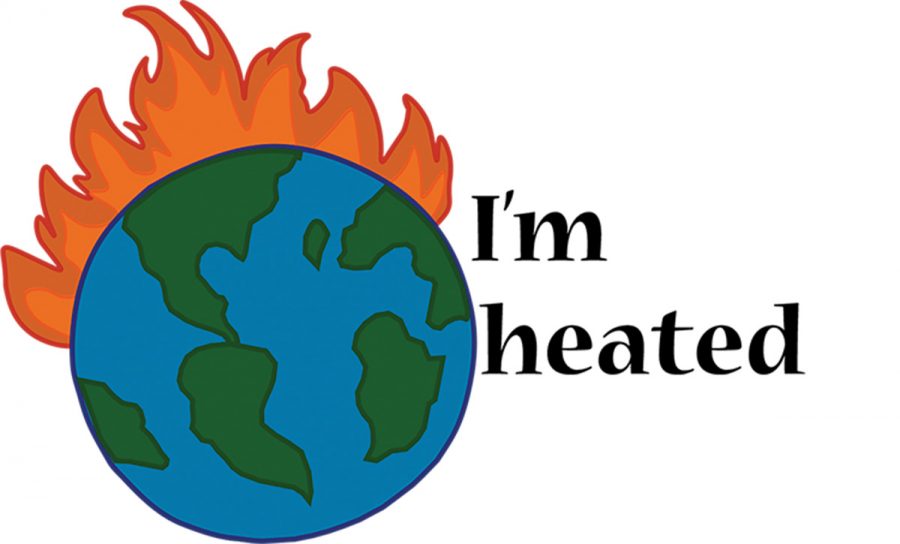 Traveling is an incredible experience and I try to do it as often as my bank account allows. Truly, I wish it were easier — and cheaper — for everyone to travel the world.

But man, it really sucks for the environment.

I’m sure a lot of you, myself included, went somewhere for spring break. So, I thought I’d dissect traveling and talk about why it’s destroying the planet, because flying cross-country isn’t exactly helping the environment.

In fact, the aviation industry makes up 12 percent of greenhouse gas emissions from United States transportation, according to the United States Environmental Protection Agency (EPA). The New York Times reported that a cross-country round-trip flight would generate about 20 percent of the emissions you’d create from driving your car for more than a year.

If you’re like me, you might have thought, “But I’m not the only one on the flight, so it can’t still be that much from just me, right?” Well, apparently we’re both wrong.

The same round-trip flight will emit nearly one metric ton of carbon dioxide per passenger. (On average, the global rate per person in 2013 was about five metric tons, according to The New York Times).

Let’s say you don’t fly across the country — how about driving instead? Road trips are usually a cheaper alternative to flying. Yet, the carbon dioxide emissions are approximately the same per gallon of fuel, as stated in Yale Climate Connections. Because of this, it’s actually better for the environment to fly cross-country rather than drive. But if you’re going a short distance, driving is the better option, according to The New York Times.

Sure, there are places in the U.S. with quality public transportation systems — the best being Washington, D.C. and San Francisco, according to Smartasset — but they’ll never measure up to the systems in other countries due to their inconsistent schedules and the stigma here surrounding public transport.

Of the top nine cities CNN mentioned, only one was in the U.S.: New York City.

The U.S. needs more public transportation systems in big cities and even in smaller areas. When I was in England, the smaller cities — like where I went to school — obviously didn’t have their own version of London’s “The Tube,” but there were train stations and bus stations everywhere, so traveling near and far was easily accessible for everyone.

Given London’s killer public transportation system, only 54 percent of households own a car, according to Transport for London’s website. Compare that to Dallas’ 91 percent and San Francisco’s 70 percent who own cars.

According to the Federal Transit Administration, light rail systems produce 62 percent less greenhouse gas emissions than regular cars. Plus, opting for public transport instead of cars will save energy in long run, as there will be less need for parking structures and new cars to be made.

I’m not saying we shouldn’t travel or drive anywhere. Staying in your house all day sounds miserable and all that electricity you’d use inside can’t be great for the Earth either. So, now what?

When it comes to flying, go big or go home — or, in this case, drive somewhere closer. If you do fly, don’t rent a car! Go somewhere walkable or with some sort of bus/train you can use. A lot of bigger cities have something to help you get around if need be. It’s not necessary to stop traveling altogether, but it is necessary to be more mindful when you’re doing it.