The media needs to stop profiling the perpetrators of mass shootings 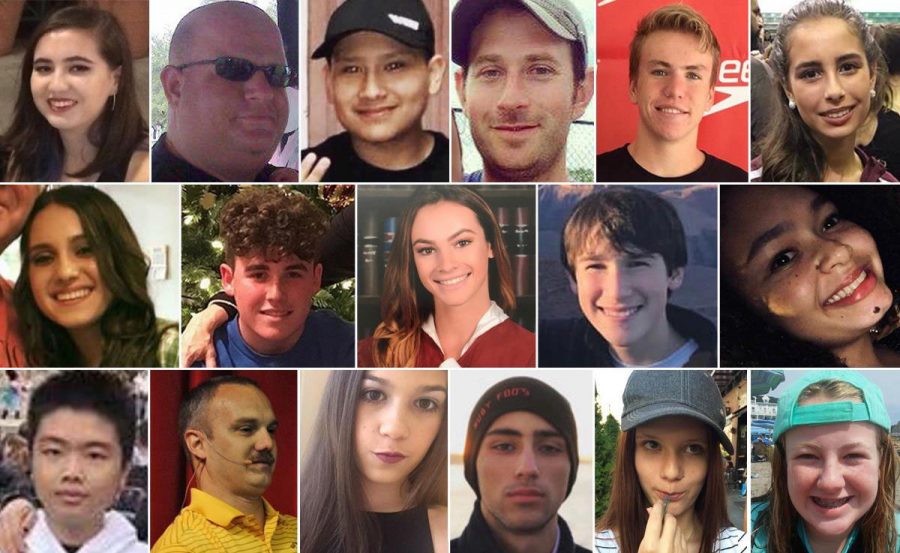 people — the victims — and additional calls to action are what the media needs to focus their attention on after a tragedy.

It’s become a trend after a tragedy, particularly a mass shooting, occurs: the name, face and full-fledged description of the perpetrator — including their social media posts, beliefs, mental state, reputation, how they executed the attack, etc.  — are plastered all over every media platform.

This needs to stop. While it’s important for media outlets to report on mass shootings, and while it may not be plausible or correct for the media to leave the attacker completely unnamed, the media has been taking the wrong approach when it comes to reporting on mass shootings.

According to an article from the Washington Post, “150,000 students attending at least 170 primary or secondary school have experienced a shooting on campus since the Columbine High School massacre in 1999.”

During a newscast following the Florida shooting, Fox News anchor Shepard Smith said there have been “25 fatal, active school shootings at elementary and high schools in America” since Columbine.

The media is powerful and journalism has the ability to promote or obstruct change. By providing full-fledged profiles of the perpetrators following a fatal shooting, the media could be contributing to the problem of mass shootings rather than resolving it.

Extensive profiling and attention to the perpetrator gives the shooter the notoriety they crave and inspires like-minded individuals to follow suit.

In the same article, the APA discusses “the media contagion.” This basically describes the relationship between media coverage of mass shootings — particularly the tendency to sensationalize the shooter and downplay the victims — and the increased prevalence of these crimes in America. It becomes a never-ending cycle that begins with glorification and leads to copycat killers.

Many shooters desire the “fame” that comes with executing a fatal mass shooting. According to a Mother Jones article, the man who killed nine and wounded nine others at Umpqua Community College in 2015 found inspiration from the Virginian TV reporter who shot two of his ex-colleagues. Particular inspiration was found in regards to the media coverage the reporter received.

The man said, according to Mother Jones, “His face splashed across every screen, his name across the lips of every person on the planet, all in the course of one day. Seems like the more people you kill, the more you’re in the limelight.”

This was also the case with the coverage of the most recent school shooting. Almost immediately after the shooting occurred, people were able to find extensive information about the shooter in the media. His face, name, beliefs, family situation, mental state — even his Instagram photos — flooded the internet.

On top of the already excessive inclusion of personal details, the shooter’s weapon and how he executed the attack were also explained in full detail. This is often the case in mass shootings, and its inclusion is absolutely unnecessary. Inclusion of such details only provide a plan for the next shooter to reference.

According to another Washington Post article, there have already been threats of copycat attacks and a “Florida pt 2” on Snapchat and other forms of social media.

There are some efforts, like Don’t Name Them  —- a campaign started by Texas State University — and  No Notoriety — a movement started by Tom and Caren Teves, parents to one of the victims of the 2012 movie theater mass shooting in Aurora, Colorado — that call for the media to change their approach.

Poynter also describes how the media should cover mass shootings. The very first thing on the list is “Name the shooter infrequently and only when his name is critical to helping your audience understand what happened.”

The media has a tendency to use a sensationalized image of attackers to draw more viewers. The public tends to be drawn to more detailed, violent information. However, in-depth descriptions of shooters are not worth the increased clicks or views. It is counterproductive and has the potential to cause more problems.

The media needs to move its focus away from the perpetrator and towards what’s actually important: the victims, prevention and healing.