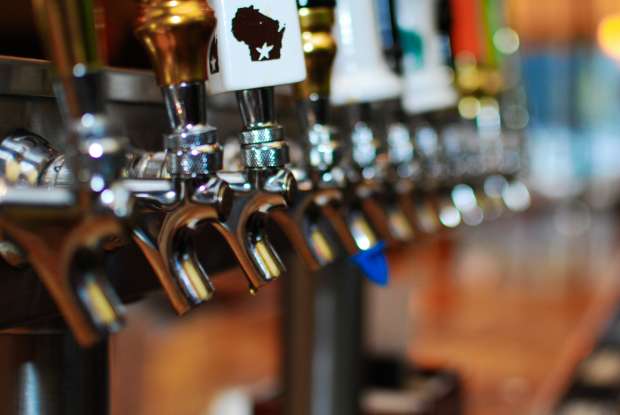 The bill, proposed last Wednesday, has the potential to alter the Wisconsin state drinking age to 19.

For young adults in America, turning 21 years old is a particularly momentous occasion. Finally, you can partake in fun-filled weekend festivities with friends and loved ones at local bars, as well as sip on that fancy alcoholic drink you have been itching to order at your favorite restaurant.

Specifically in Wisconsin, turning 21 is essentially a coming-of-age experience. In a state where drinking has established itself as part of the regional culture, commonly coined by the expression “out-drinking your state since 1848,” being of legal drinking age is considered a pretty big deal.

While some were quick to criticize the bill authors’ stake in the passing of the bill, seeing as Swearingen was the past President of the Tavern League of Wisconsin, Jarchow justified his reasoning behind the proposal.

Jarchow’s explanation for the bill is three-fold. First, he stated his belief that the drinking age should more closely resemble both the legal age of adulthood and legal age of military participation.

“At 19 years old, there are very few things you cannot do,” Jarchow said in a memo to colleagues, asking for their support. “Nineteen-year-olds have legally been an adult for one year, can enlist in the military and be sent thousands of miles away to fight, but can’t ‘enjoy an alcoholic beverage.’”

Second, Jarchow said the bill’s age alteration would save “countless hours and thousand of dollars” spent on enforcing drinking laws in the state.

Lastly, Jarchow said he feels the bill could potentially decrease the rates of binge drinking among high school and college-age residents.

“The idea is if you prohibit people to doing something until they are 21, the natural inclination is to be a little bit rebellious when they’re young, (and) then to overindulge,” he said.

Nevertheless, organizations such as Mothers Against Drunk Driving (MADD) and other Wisconsin lawmakers have voiced opposition to the proposal, stating it would drive drinking-related issues such as drunk driving and alcohol poisoning rates further up the charts.

As a Wisconsin native and 20-year-old college student, I understand both sides of the argument.

On one hand, it is frustrating to be left out of events and occasions when my older friends decide they want to go out for a drink or watch the Packers game at the bars. In addition, I can’t imagine how infuriating it would be to have the ability to risk your life for this nation, yet not the legal right to come home to an ice-cold beer. It just seems altogether un-American, if you ask me.

However, I can’t say I agree wholeheartedly with the concept of lower drinking ages coinciding with lower rates of intoxication-related problems. Despite the common misconception, a recent study conducted by the Pacific Institute for Research and Evaluation found the majority of European countries have higher intoxication rates among youth than the same demographic from the United States. For a majority of these countries, a greater percentage of European youth reported having been intoxicated before the age of 13 than American youth.

Such a statistic makes it seem like the proposed money saved because of this bill wouldn’t be worth the potential for lives lost from intoxication-related problems.

Looking ahead, the proposed bill would have to gain acceptance from other Wisconsin lawmakers, such as Gov. Scott Walker, and surpass the current federal law that forces a state to sacrifice a significant portion of their highway funding if they alter the legal drinking age.