Did school districts get it right? 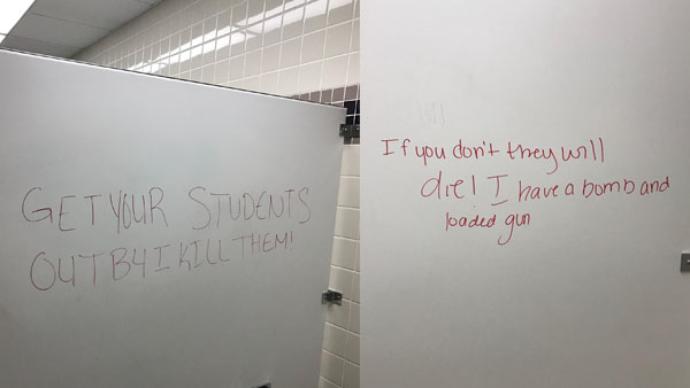 The first of five bomb threats made began at Memorial High School.

Eau Claire, Chippewa Falls and Menomonie school districts have recently come under the spotlight after five bomb threats in the past month.

The schools responded to each of the threats differently — some more appropriately than others — in respects to how they treated the severity of the situations.

The first of five threats in November happened at Eau Claire Memorial High School when a student wrote multiple threats in the girls’ bathroom. The Eau Claire School District then followed protocol and performed a controlled evacuation of all the students and staff. The Eau Claire police were on hand to help with the evacuation.

The same was not done when threats were again written on a girl’s bathroom inside the Chippewa Falls High School. Instead of evacuating their students, The Chippewa Falls School District put the school on hold, not allowing anyone to enter or leave classrooms.

Memorial was the only school to evacuate their students to safe areas after discovering the threats, while the remaining schools chose to either resume classes as normal or go on preventive lockdown.

Every one of these schools made a public statement after the respective incidents were over. They each said safety and security are the number one priorities for the schools.

Menomonie High School decided to not evacuate, but chose to put the school on lockdown for most of the school day.

The two schools with the most questionable actions are North High School in Eau Claire and Delong Middle School in Chippewa Falls. Both schools decided to go about the days as normal, even with the discovery of threats of their own. The threats made to these schools were similar to threats made at the other schools, yet they chose not to evacuate their students as the others did.

Understandably, schools cannot evacuate for every threat made, but in light of what has happened over the past few weeks in the area and the many threats that have been made, these schools should have followed what Memorial did and taken these threats more seriously.

Getting students and faculty out of a school in response to a threat is not easy — as most of these students are likely to be scared and panicking — and to take them out of school for a day forces students to make it up at some point down the road, but the alternative is keeping the students in school and exposing them to a potentially greater risk.

With all the threats happening in schools across the nation, schools cannot afford to take these threats lightly anymore. Every one of them has to be taken to the severest degree for the safety of the students and everyone involved.