Does the UW System have the right to do this? 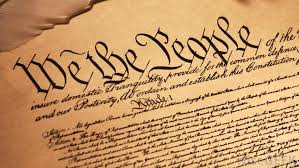 The UW system passed a policy which may take away students' freedom of speech.

A new policy passed by the UW Board of Regents tries to restrict students from disrupting any kind of speech on any campus within the UW system, according to the Wisconsin State Journal.

The policy takes aim at students who continually disrupt campus speakers in a “violent or other disorderly” manner against people who oppose their viewpoints, according to the Milwaukee Journal Sentinel.

First-time offenders are let off with a warning, but if it happens again, the punishment becomes increasingly worse. The second offense is a suspension and the third is possible expulsion from the school.

The First Amendment states we have the freedom of expression and speech on public property.

A public university holding a public hearing falls under public property, regardless of who is speaking and what they are speaking about. By Constitutional law, students rights to protest are protected.

However according to the Board of Regents, they are not. They passed this policy to limit students in their rights. Students who now go to protest a speaker because they oppose what the speaker believes may be removed from the area and possibly suspended.

Since the policy was passed, it has come under a lot of scrutiny from students campus-wide.

Eric Kasper, a UW-Eau Claire assistant professor of political science and the director of the Center for Constitutional Studies, said students feel it is a direct violation of their rights as students and their rights as citizens of this country.

He wasn’t sure how students would react, but Kasper said he knew they would have concerns and would be uncomfortable with the new policy. He realized it would be an effective way to start a discussion.

“Student reaction is mixed,” Kasper said. “The student council was for it, but many students are concerned that it violates their rights. The policy itself raises many questions, but what people are concerned about is the lack of clarity. It doesn’t 100 percent define what is violent and disruptive; it is left to the school’s discretion.”

Dr. Kasper said he believes the policy won’t impact the Eau Claire campus too much but could be more of a factor at other universities that have seen these issues in the past.

The policy, as defined by the Board of Regents, intends to discourage students from infringing on others’ ability to exercise their own free speech. In itself, that is a just and noble cause, but to attack students’ rights in order to allow others their rights is hypocritical.

The board cannot say it is promoting free speech for one group when it is taking it away from another. There is a problem with the policy itself, but problems also lie within the policy that make it even worse.

Obviously violence toward speakers and those who are in attendance mandates some sort of action. But if it’s a peaceful, non-violent protest, by no means should students be disciplined for it.

It is students’ right to freely express what they believe, just as it is for the person standing on a stage with a microphone in their hands.