America needs to wake up to the gun violence epidemic 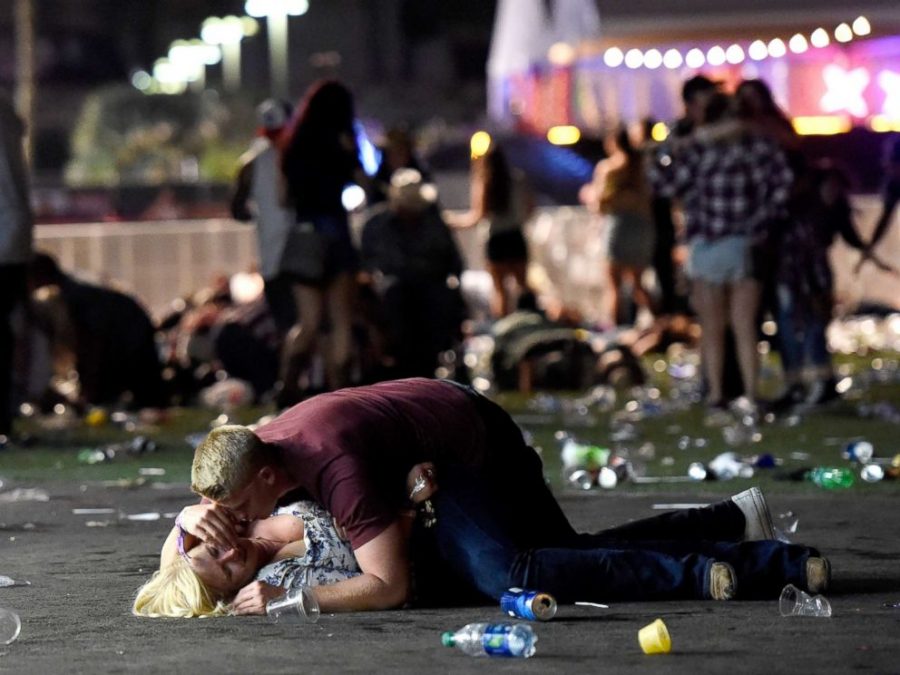 After the recent shooting in Las Vegas, it's time to have a serious conversation about gun control.

Fifty-eight. Forty-nine. Fourteen. Twenty-seven. Every one of these numbers signifies a life lost because of a deranged gunman, according to the latimes.com.

Over the last five years, the U.S. has had gun-related incidents like Sandy Hook, San Bernardino, Orlando and the most recent shooting in Las Vegas. Many of these massacres were done with weapons unnecessary to the average citizen.

Ak-47s and M16s are automatic rifles that were used to kill the lives of more than 140 innocent people. There is no sensible reason any citizen needs these kinds of weapons in their home.

Now, the Second Amendment allows people the right to bear arms, but the founders of this nation had no conception of the amount of damage these newer weapons could do. They created that amendment for simple weapons of self-defense, protection and the freedom to be able to carry a weapon if a citizen of this country so chooses.

America is the number one country for gun-related deaths. The United States’ gun-related murder rate is 25 times higher than the next 22 nations combined, according to cbsnews.com. The U.S. also accounts for 82 percent of all gun deaths in the world, according to the same data.

One example America could look to for fixing the gun problem is Australia. In 1996, Australia faced the same tragedy America has faced too many times: A gunman walked into a cafe and fired upon a large crowd, killing 35 people and wounding dozens more, according to thealantic.com.

This was not the first time this had happened in Australia, but it was the last time the government was going to let it happen with such ease. After the shooting in the cafe, the government drastically changed Australia’s gun laws. They tightened access to all firearms, banned automatic firearms and semi-automatics and made other changes which made it increasingly difficult to own a gun.

Let me ask those who oppose any kind of gun restrictions because of the Second Amendment: What is more important, the ability to house that M16 in your house, or the life of any person alive on this earth? Regardless of any stance you take on the issue, I hope we could agree which is more valuable.

The Constitution is the law of the land, and the Second Amendment gives everyone the right to own a firearm if they so choose. I’m not arguing to take that away, I’m arguing against people’s ability to walk into a crowded area and take dozens of lives in the matter of seconds. Let’s all think about that for a minute.