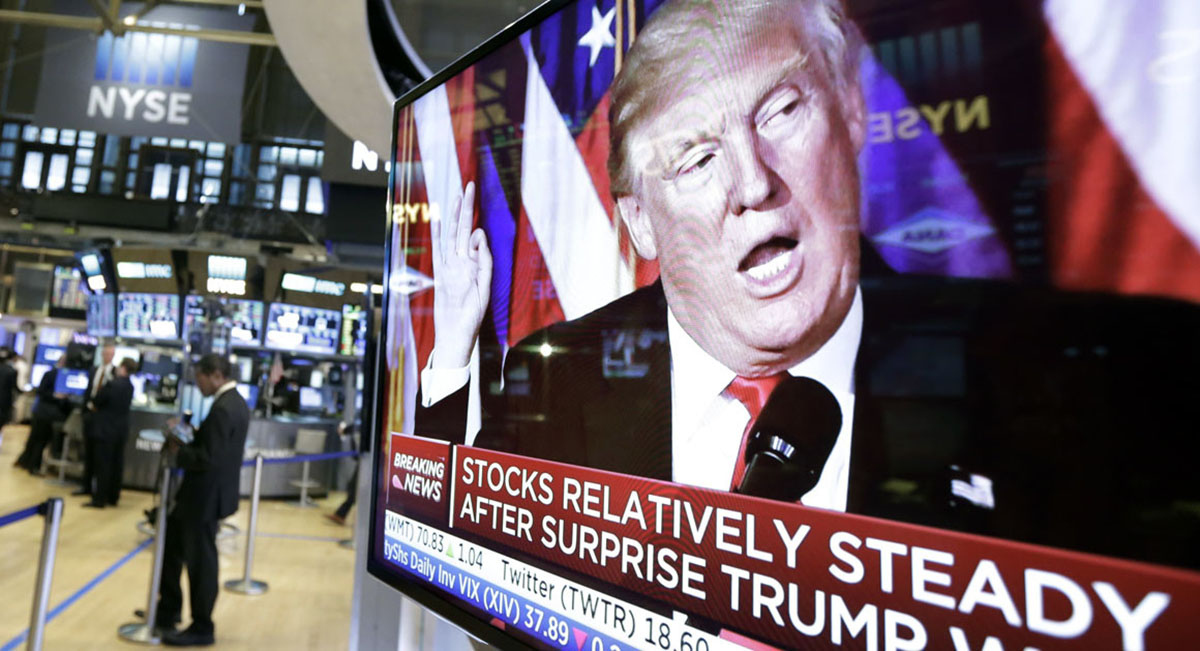 A poll conducted by Marquette University, found that a mere four months with Trump in office has shifted partisan voters perception of the performance of the economy, drastically.

President Donald Trump becoming president hasn’t had an impact on our economy, yet. However, it has caused a dangerous, unfounded shift in partisan voter’s opinions.

A wisconsin poll, conducted by Marquette University, found that a mere four months with Trump in office has shifted partisan voters perception of the performance of the economy, drastically.

Last October, before the election, Republican voters in Wisconsin were asked whether the economy had gotten better or worse over the past year. Republicans said “worse” by a margin of 28 points.

Fast forward to last month — when asked the same question, Republican voters said  “better” — by a margin of 54 points. A swing of 82 percentage points in a matter of nearly five months.

But it wasn’t just Republicans, Democrats chose “worse” over “better” by a margin of 43 points, the biggest partisan gap Marquette has recorded on the question in over 40 polls, dating all the way back to 2012.

A troubling realization is Democrats, and especially Republicans in Wisconsin, are proving to be out of touch with the actual economic climate. Rather than following fact, partisan voters look to their candidates to form their view of the economy.

Federal Research Chairman, Ben Bernanke in an interview with Market Watch, discussed the troubles with voters perceptions of the economy shifting follow the election.

“Republicans who thought that we were in a dystopia now think things look great, and Democrats, the opposite,” Bernanke said, “and it shows that it isn’t all based on an objective assessment of the economy.”

When politics begin to sway our opinions of the economy, the result can be policies that are not representative of the current economic climate and can actually damage the economy in the long run.

The political environment in Washington was labeled the top economic threat by 38 percent of respondents, according to a new survey by Bankrate.com.

Economic data which proves to be positive.

According to CNN Money, economic data from February showed the economy is doing well. Unemployment is at 4.7 percent nationwide, the economy has expanded at an annual rate of 3.2 percent from July through September and the middle class is getting a raise in pay.

The current economical climate does not reflect the change in White House administration, it is a change that has been slowly occurring over the past four years.

The economy is not shifting drastically with the change in administration, and though it could, it is our job to be informed on the matter rather than allowing our political affiliates tell us  what to believe.

It’s easy to skew the facts and paint a picture of the american economy that is both positive, and negative, but the only thing that should be left up to debate is our economic future.