After the incident with United, other airlines need to take a hard look at the practices and procedures in place 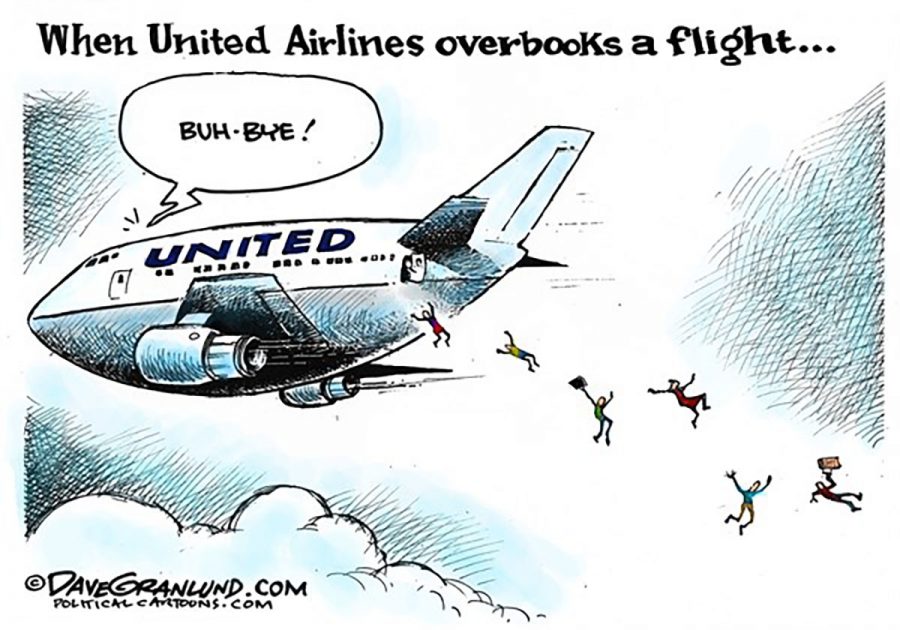 The Internet made an uproar about the forceful removal of a passenger on a United flight due to overbooking.

Overbooking flights is a common practice for airlines. Selling more tickets than there are seats on the plane allows for more consumer flexibility, cheaper tickets and more revenue for the airlines.

However, as United Airlines exhibited all too well, overbooking also has its cons. The airline has been catching a storm of international outrage after a passenger was forcibly removed from the plane because the crew needed to be repositioned.

Passengers were asked to voluntarily give up their seats and then offered $800 to do so, but nobody accepted. David Dao, a 69-year-old physician, and several other passengers were then selected to deplane, but Dao refused, according to United.

The Chicago Aviation Police Department was then called, and three officers yanked Dao out of his seat and dragged him down the aisle. According to the police statement, his two front teeth were knocked out and he suffered a concussion and broken nose.

As these things do, the video went viral and infuriated people across the world. Shares in the owner of United, United Holdings Inc., dropped as low as 4 percent last week. Studies showed people who knew about the incident were significantly less inclined to book a flight with United.

While United said they would be changing their procedures so such an incident would not happen again, this event points to other problems in the airline system. United removed this particular passenger because they had to reposition the crew and needed more seats; now, they said they will allocate seats for crew at least an hour before the flight.

Though certainly an uncommonly rough circumstance, overbooking on airplanes has plagued other people too. Even if you aren’t unceremoniously dragged from the flight, not being able to take the flight you planned upon is still an inconvenience.

According to data from the Department of Transportation, of the 613 million people who flew on major U.S. carriers in 2015, 46,000 were involuntarily denied boarding. Most are informed before they board the flight.

Compensation usually occurs in the form of a monetary offer in exchange for voluntarily forfeiting a seat, a flight for another time and a hotel room. Usually these incentives work, or if someone is involuntarily unable to get their flight, the situation does not end with bodily harm to the individual.

However, airlines should be held to higher standards when it comes to the treatment of their customers. They should find other ways to maintain prices at a reasonable level rather than betting their customers’ schedules and plans so they can make the most profit from each flight.

There are definite benefits to overbooking; it does enable people to book last-minute flights for a reasonable price. However, from case to case, it is worse to bet on the individual plans of the customers. Though there are relatively few people who are impacted by the practice, that relative few still comprises thousands of people whose plans are disrupted.

In this day and age, where efficiency and timeliness are prioritized above most things, airlines need to adapt a new system to meet the needs of passengers. Overbooking is a bet, and when the bet is lost, the people are the ones who have to deal with the losses.

The incident with United was unfortunate and disturbing, but at least now it has other major airlines double-checking their own procedures and practices to make sure nothing goes so horribly wrong as it did for United and Dao.

Overbooking likely will not stop, but since the United incident, both passengers and the government should be aware of their responsibility to hold airlines accountable. Treating patrons with respect and doing as much as they can to meet the customer’s needs must be a priority.