Why this is an unnecessary punishment 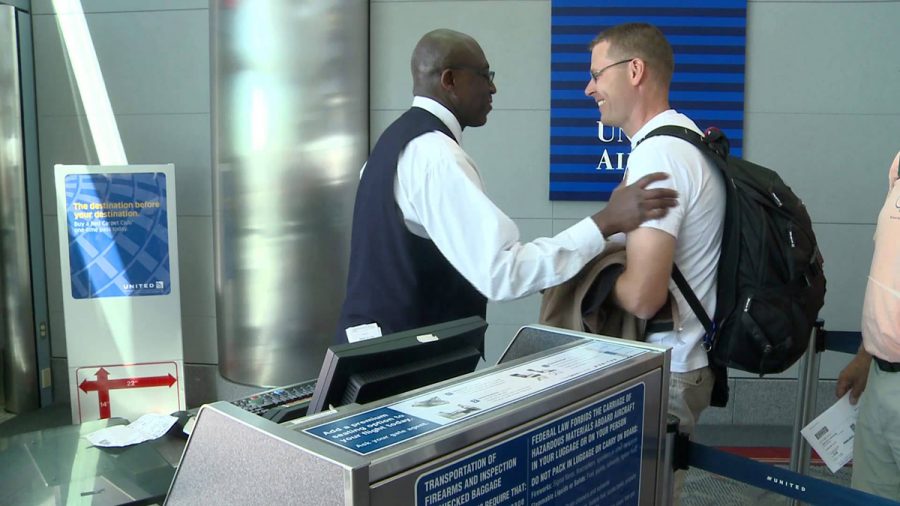 This past Sunday, two teenage girls were told they could not board a United flight heading from Denver to Minneapolis because of their choice in legwear.

According to CBS News, the girls were flying with an employee travel pass; in doing so, they were subjecting themselves to the dress code that came with it. Because of the pass they were using, they were prohibited from wearing spandex or lycra pants. They were asked to either change or put dresses on over their leggings. The consequence if they didn’t: They wouldn’t be allowed on the plane.

After the incident, United tweeted, “The passengers this morning were United pass riders who were not in compliance with our dress code policy for company benefit travel.”

The problem with this, however, is that while the girls may have been flying under an employee pass, they were obviously not employees themselves, meaning they possibly did not know they would have to follow a dress code on their day of travel. United should have made this more clear prior to the girls arriving at their gate.

Despite the fact that I’m not typically one to wear leggings as pants, I believe everyone should be able to wear what they want in virtually every scenario. Plus, leggings are a great choice for travel. Being cooped up on a long flight with practically no leg room is torturous. What’s worse is being further limited in movement by clothing like jeans or a dress.

I agree United should have the ultimate say in what employees and pass riders can and cannot wear. After all, they are supposed to professionally represent the airline, even when flying off-duty.

The problem is the girls are young and their leggings were harmless. Without all the commotion of the day, most passengers likely would not have known the girls were pass riders at all, meaning their clothing would have gone unnoticed.

It is highly doubtful these girls showed up in leggings to cause trouble. It is more likely they were dressing for comfort without knowing their attire was a serious rule-breaker. United stated the company’s employees are regularly reminded of the dress code for pass travelers, but there must have been some miscommunication or misunderstanding.

What bothers me most are the dramatics the gate agents created over teenage girls wearing leggings. This holdup likely slowed down the boarding process, drew all kinds of negative attention to the scene itself and United Airlines as a whole and embarassed two young ladies for wearing what is essentially the average American teen girl’s outfit of choice.

In addressing the issue, United tweeted, “This is left to the discretion of the gate agents.” If this is the case, they easily could have let the girls slide, notifying them of the dress code and stressing they must follow it next time they fly. I’m sure a warning or reminder was all they really needed anyway.

Now, after the girls’ public embarrassment, they have several celebrities on their sides, according to USA Today, including Sarah Silverman, Seth Rogen and William Shatner.

My question is: How bad does a gate agent’s day have to be for them to decide a couple of pairs of stretchy pants is an issue they want to get up in arms about?