Eau Claire arts are the backbone of the downtown economy 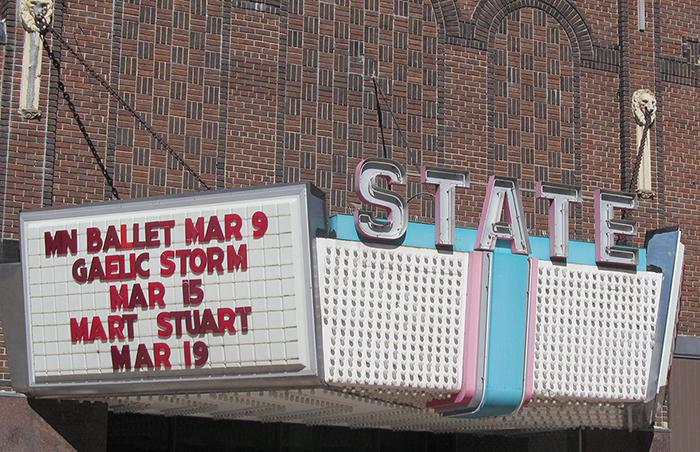 Eau Claire’s downtown has seen a boost, thanks to the local artists and the music scene.

Everything has a price, whether it is the rent you pay each month, a meal plan or the clothes you wear.

The arts have a price too, and it’s one often overlooked in communities around the world. Art funding in schools is frequently one of the first things to be cut when districts and universities are forced to cut their spending.

In the next budget proposed by Student Senate, NOTA (None of the Above) visual arts and music are all looking to receive reduced funding if it passes.

Despite this, the arts in Eau Claire have seen an economic boost, according to the Leader Telegram. This past fall, ground broke on a new center dedicated to the arts, the Confluence Center, promising a new state-of-the-art facility for all who call themselves artists.

Since then, new growth in the heart of the city has reawakened the downtown area. Venues such as the Oxbow and the Lismore Hotels are new places to congregate and promote economic growth for the community.

Downtown Eau Claire has also seen a boost in activity, thanks to the community’s belief in the arts.

Volume One worker and English education student at the university, Kiah Sexton, said the community’s commitment to the arts is evident downtown. The community’s emphasis on the arts brings people together by playing local music through outdoor speakers and in different venues like the Local Store, Tangled Up in Hue and Acoustic Café.

The university, Sexton said, is another important aspect of the arts community. The Foster Gallery and different productions from the music and drama departments help cultivate a supportive community.

Local and visiting artists alike support this city’s downtown, not only because its function as a venue, but also because of the strong commitment the businesses have to each other.

For example, Acoustic Café and The Lakely have commonalities with one another, Sexton said, because of their commitments to showcase local artists, but instead of acting as competition, they support each other. The same occurs with The Local Store and Tangled Up in Hue.

President Donald Trump’s recent proposal to eliminate the National Endowment for the Arts could damage art communities across the country, but UW-Eau Claire social work student Aubrie Peterson said the community would oppose this motion. Peterson works at Tangled Up in Hue, located on Barstow Street.

“I feel like people will collaborate together and try and make it even more like an art-supporting community,” Peterson said.

Eau Claire’s art community is one of a kind. In towns where local artists beg for attention and support, Eau Claire’s model of support and unity for one another through the arts speaks volumes and gives other communities a model to look to for support.

In a society where math and sciences may be ranked as important, the arts should be equally valued.

Different artists are often featured in various galleries, like in Tangled Up in Hue, The Volume One Gallery, The Oxbow, The Lismore and Acoustic Café.