The price of life

Deciding whose lives are worth more 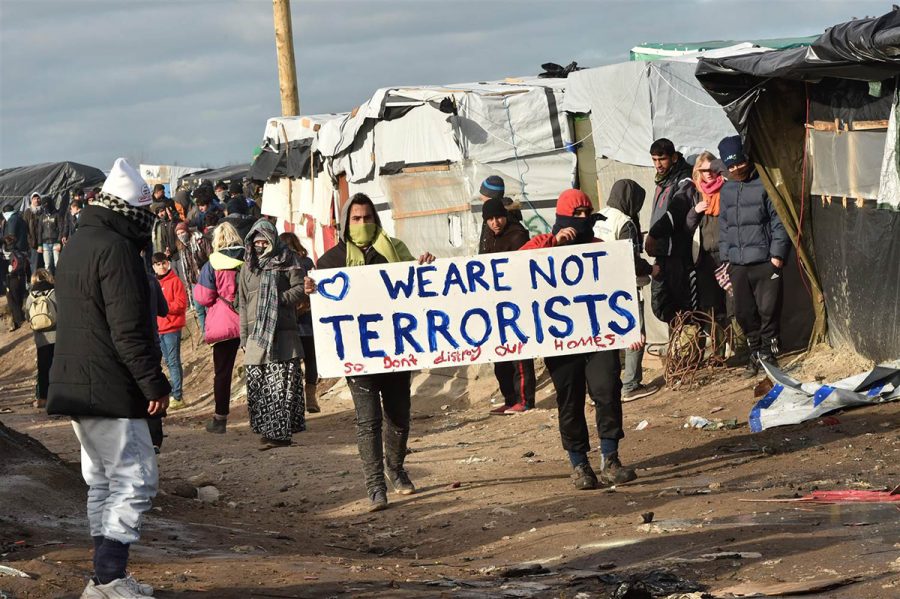 The Trump administration has attempted to ban all Syrian refugees, but many people from this country are only looking to find peace from their war-torn nation.

Reference nearly any history textbook in America and you’ll likely see the phrase “melting pot” alluding to the nation itself. This means people of numerous races, ethnicities and cultural backgrounds have come to live here and become part of the American cloth – one that is supposed to value each individual’s story.

Now it seems as though American are more concerned with who is a U.S. citizen, and when it comes to Syrian refugees or victims of American bombings overseas some of our people seem to lose their compassion.

According to a BBC article published in 2014, in one day American barrel bombs were responsible for the deaths of 90 people in Aleppo – most of them civilians.

At this time, the war had already been raging on for three years and more than 100,000 people had been killed or forced to flee their homes, according the the article.

But last month President Donald Trump proposed an executive order that would ban immigrants from Iraq, Syria, Sudan, Libya, Somalia and Yemen. While this may seem like a good idea to keep the American population under control or to keep those in the nation legal citizens or legal, documented immigrants, it often leaves those seeking solace no place to go. They travel thousands of miles over land and sea just to get turned away when they arrive at what they thought was their destination.

How is this fair? Imagine how distraught an American would be if they were forced to leave their home country to find safety in a country famed for its diversity and freedom, and they were immediately turned away for being foreign.

Trump is also infamous for his idea of building a wall on the U.S.-Mexico border to keep out immigrants from Central and South America. While I won’t dwell on the fact a nearly 700-mile wall already exists, the extent to which he is trying to limit immigration is almost absurd.

Some people in this country express a great hatred for illegal immigrants who come here from or through Mexico, but let’s not forget the government-run Bracero Program of the 1940s-60s; through this program, workers from Mexico were legally contracted for field work.

They were not citizens, but their children born on U.S. soil were. This caused a dilemma because the workers were supposed to return to Mexico after the work was done. Their children were legal citizens and thus couldn’t really be forced out of the country, so what could be done with the parents?

As time passes it seems a portion of Americans have developed a cynical attitude about foreigners, but everyone in this nation, other than Indigenous peoples, has descended from immigrants.

While I understand some people in this country, including the president, are concerned with the negative side effects mass immigration can have, there are also many benefits. First and foremost, immigrants and refugees have access to a better life.

Syrians are free from the civil war that made their lives nearly impossible. Those from Mexico, Central and South America have an opportunity to make money to support their families at home.

Some anti-immigration Americans believe immigrants, especially those from Mexico, are “stealing our jobs.” An organization called Federation for American Immigration Reform (FAIR) estimates illegal aliens have stolen over 68,000 jobs in Wisconsin alone.

However, according to a Pew Research Center study published in 2015, the majority of said immigrants still work in “low-skilled service, construction and production occupations.” I’ll give you a hint: These are jobs Americans don’t really want anyway.

Every human has the potential to change the world for the better; by implying American lives are more valuable and letting other lives be destroyed, we ignore a massive population of the world that could make a huge difference.

I’m here to challenge the notion American lives are worth more than others. I believe all lives have equal value, despite where a person comes from, what religion they practice or anything else.