Masculinity v. femininity: why both are okay 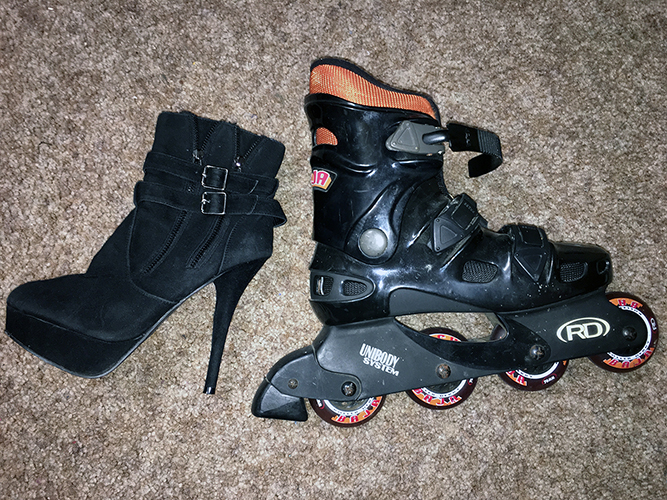 From a young age, males and females are encouraged to display different traits; women are told to be sexy and males to be athletic.

With each day that passes, this nation becomes more and more progressive. People protest, stand up for what they believe in, and little by little, change is made.

While all this is true, there are still issues with gender identity. People like to categorize things, and that includes other people. If an individual identifies as a woman, others generally expect her to show typical feminine traits. Conversely, those who identify as men are expected to display masculine traits.

Why must there be such a distinct separation? We’re all human, and we should be allowed to express whatever traits or behaviors we want – not just those society deems acceptable.

In a search for “male traits,” on Bing, one of the top results is “Traits of a Real Man” on askmen.com.

The preface to the list states, “Strength, reliability and action are all still core parts of what makes a man’s man. This doesn’t mean that you’re failing if you aren’t achieving some of these aspects, but rather, they’re goals to keep in mind as you forge through your quest to become better.”

This statement in itself is a problem. The authors do address times have changed and the strict ideas of what a man is expected to be have loosened a bit, but the above statement makes it seem that, although they’re forgiving of a man who doesn’t have these traits, he’s not quite good enough without them.

While at times these traits match up with a person’s gender identity, sometimes they don’t. When this is the case, people resort to teasing or harassing others for not fitting the model they’re supposed to. For example, if a female is aggressive, she is often called crazy instead. When a male shows his emotions, instead of being called sensitive, he is called a baby.

This is demonstrated in a documentary called “The Mask You Live In,” which exposes the idea of encouraging “typical” ideas of masculinity in boys. From a young age, males are expected to be tough and athletic, hiding their emotions and giving up less “manly” hobbies or interests. The film gives perspectives of boys who have been raised this way, with their admissions about how this mindset was harmful to their upbringing.

Similarly, women are expected to be soft and innocent while at the same time being sexual, a paradox called out in the documentary called “Killing Us Softly.” This societal expectation is well-documented and is harming both males and females.

Individuals begin to expect certain things of their male and female counterparts at a young age, reinforcing the destructive ideas society has ingrained in them from the beginning of their life.

In order to continue progressing, it is time for people to challenge gender norms. This starts from birth. Daughters can play with more than Barbie Dolls and princess dresses and sons more than Tonka Trucks and baseballs. Letting children know it’s okay to express both “masculine” and “feminine” traits is the first step to changing the world.

While starting with children is the best way to change this, it is never too late for people to challenge the culture in which they live. Some people will begin in college, while it might take others until their 60s. What’s important is people do it.

My name is Erica, and I am sensitive and strong, graceful and self-confident, masculine and feminine. What does that make me? Human.