With the recent decision to decrease transgender rights, Trump’s administration has riled supporters and dissenters alike 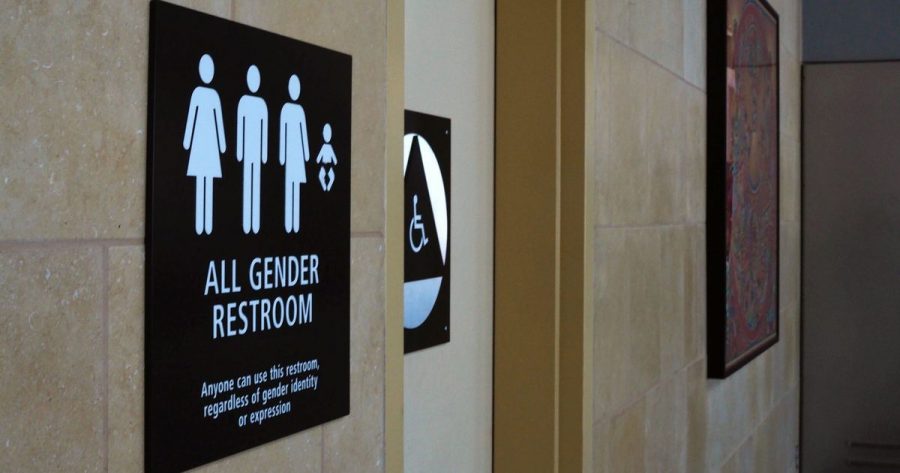 In a widely controversial decision, the Trump administration recently moved backward in protecting transgender students’ rights to choose what bathroom they use, infuriating gay rights activists and furthering rifts within the Republican party.

Obama’s administration asserted transgender students were protected under Title IX, which prohibits sex discrimination in education; trans boys and girls were to be treated just like other boys and girls.

However, the Departments of Education and Justice released a one-and-a-half page letter last Wednesday stating these protections would no longer be in effect, a decision backed by President Trump.

Secretary of Education Betsy DeVos voiced her disapproval of changing the stance, but was ultimately overridden. She said in a statement it is a “moral obligation” students not be subjected to bullying or discrimination but also pointed out the bathroom issue may not be best regulated on a federal level.

Trump previously claimed he would protect LGBT rights. Now, however, he is going back on personal stances to appease conservative supporters who have been calling for the matter of gendering bathrooms to be left up to states.

“The consequences of this decision will no doubt be heartbreaking,” said Chad Griffin, president of the Human Rights Campaign. “This isn’t a states’ rights issue; it’s a civil rights issue.”

The controversy over this bathroom issue sheds light on a few different problems pervasive in the United States. First and foremost is the alarming act of blatant discrimination against and mistreatment of a marginalized community (again).

In lifting the stipulations protecting trans bathroom rights, Trump and his people are sending a message to that community, especially kids, that they are not worthy of protection and their identity is not legitimate enough to be fully recognized.

The fact this particular measure targets kids makes it all the worse; the suicide rate of transgender people is about 40 percent, drastically contrasting the national average of 4.6 percent.

In order to combat this alarming statistic, the nation needs to pull together to offer support and understanding of the transgender community. If school turns into yet another place these students will be treated differently and are unable to be themselves, the mental and emotional effects will be detrimental, and no progress will be made.

This controversy also points to cracks and inconsistencies within the Trump administration. DeVos attempted to defend the rights of the transgender students, but she ultimately bowed to the pressures and went along with the policy change, showing how much use the leader of education will be in protecting the wellbeing of all students.

While Trump gained appreciation from some in the GOP, other Republicans did not approve of his decision to enter such a contentious and hard-fought issue. This decision fails to protect or further the rights of marginalized communities. Instead, it furthers the national divisiveness and therefore does little to nothing to positively contribute to the U.S.

Now more than ever does this country need to unite in ensuring children can safely be themselves, especially at school. Moreover, the fundamental importance of human rights should be considered by every citizen, especially those who don’t have to defend their right to be themselves.