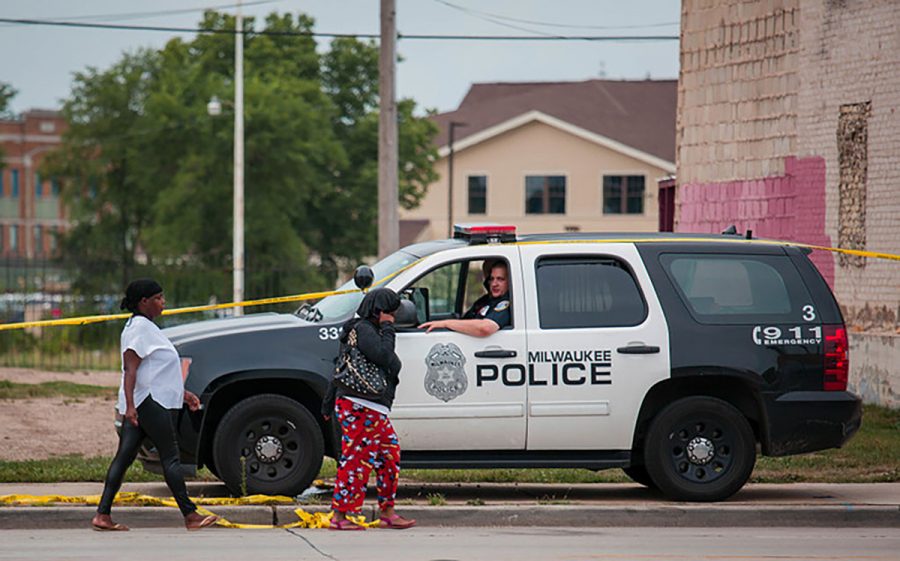 Black people in Milwaukee are seven times more likely to be stopped than white people, and Hispanics are five times as likely.

In a lawsuit filed last Wednesday, the American Civil Liberties Union of Wisconsin (ACLU) stated law enforcement officers in Milwaukee are violating both the fourth and fourteenth amendments, specifically the equal protection clause of the latter, through unlawful search and seizure procedures that target minorities in the city.

A 1968 Supreme Court case, Terry v. Ohio, held up the idea found in the fourth amendment of the U.S. Constitution — the prohibition of unreasonable searches and seizures without probable cause. It further clarified the procedure of stop and frisk, stating officers must have a real suspicion and conduct a legitimate search that is “minimally necessary.”

As stated in the court decision, “Though the police must, whenever practicable, secure a warrant to make a search and seizure, that procedure cannot be followed where swift action based upon on-the-spot observations of the officer on the beat is required.”

Stop and frisk is a policy meant to happen on the spot; it is implied there is no time to secure a warrant because it is likely a crime is being, will be or already has been committed. The tactic is only meant to be used in situations where police have “reasonable suspicion” of such occurring.

With that being said, a person’s criminality can not be assumed purely by their race or ethnicity. In Milwaukee, however, the ACLU stated that this is exactly the kind of unconstitutional assumption officers are making.

While the U.S. Census Bureau reports a 44.8 percent majority of Milwaukee’s residents are white, according to a Chicago Tribune article, the ACLU said in their lawsuit, stops by police are “concentrated in areas largely populated by minorities, including the predominantly black neighborhoods in the north of the city.”

The black population of Milwaukee is 40 percent, according to the U.S. Census Bureau, and the percent of the population that is Hispanic or Latino is only 17.3. Yet somehow, this minority group is being targeted more often than whites as well.

According to the aforementioned Chicago Tribune article, “Police Chief Edward Flynn has suggested that increasing the number of stops in certain areas will disrupt and deter crime, the lawsuit alleges.”

This in itself may be true, but with a majority percentage of the city’s population being white, it seems rather odd the stops are primarily in highly populated minority areas.

In the 2011 Sentinel study, Police Chief Edward Flynn said these stops were concentrated in minority areas because this is where large numbers of both victims and offenders come from.

In addition, a Pew Research Center study on the black-white gap in incarceration rates in 2010 states all black men were six times more likely to be incarcerated than all white men, and this isn’t necessarily due to higher crime rates.

The unlawful stop and frisk practice hasn’t stopped since the Journal Sentinel study was released, and now the ACLU of Wisconsin is taking action, which is something they probably should have done a long time ago.

Milwaukee’s own traffic reports reflected this slanted behavior years ago, and it is high time someone called them out for it or nothing will ever change. While the law that requires police officers to fill out detailed reports of every stop they make has been repealed, people of color are still noticing the difference.

In fact, the plaintiffs in the case against the Milwaukee Police are six black and Latino people who have been stopped once or multiple times since 2010 without a citation or explanation. Only now they won’t tolerate it; they’re speaking up for themselves and their rights.