The Tator (The Spectator’s satirical cousin) 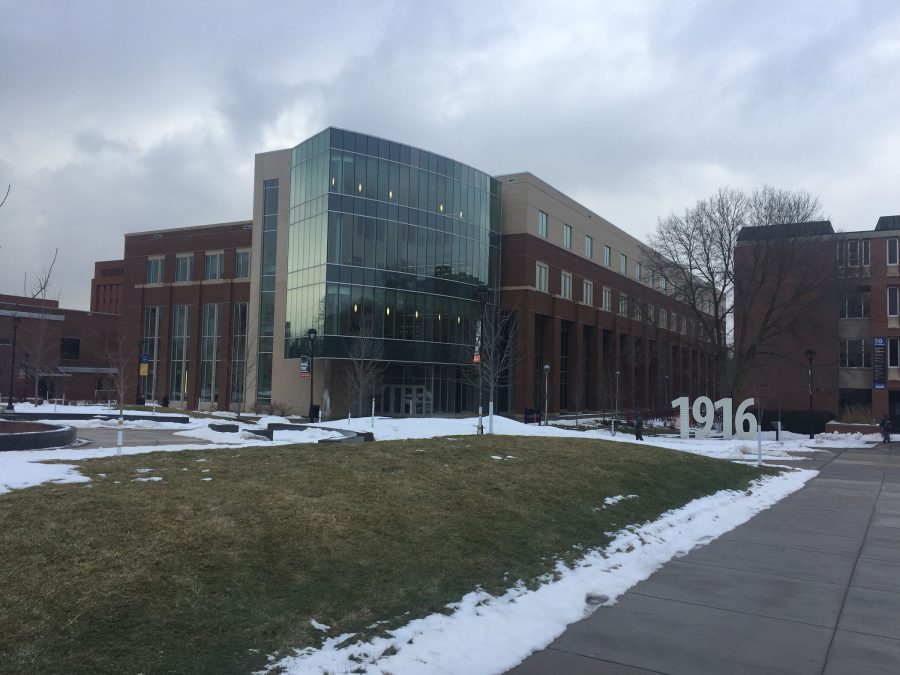 First-year student who got lost in the depths of Centennial on her first day of class in 2014 has been found unharmed
UW-Eau Claire student Ima Lahst surfaced from the indisputably labyrinthine hallways of Centennial Hall last Thursday morning, after three years of navigation.

Lahst’s second semester of college began spring of 2014 with an education class scheduled in Centennial. She entered the building on Monday, Jan 20, only to exit three years later on Thursday, Jan 26, Lahst said. She is now 21 years old.

“My first class of the semester was in Centennial,” Lahst said. “I had never been in the building before, I’m pretty sure it was the first semester it was open for classes and when I walked in I got lost right off the bat. I’ve never been anywhere so maze-like.”

Not only did she miss Education Studies 212, she missed the rest of her classes for the next three years. Now, Lahst is just happy she can get her academic career back on track, she said.

“I’m in the process of switching my major to business,” Lahst said. “I want to graduate, not spend another three years in Centennial. I don’t think I saw the classroom I was supposed to be in the entire time I was there.”

Although her graduation date has been pushed back to 2021, Last is trying to think positively about the whole experience, she said.

“I started to think of it as a sort of pilgrimage,” Lahst said. “Some people go to Thailand to find themselves, I got lost in Centennial for three years.”

Lahst has grown both personally and physically, she said. While three years of alone time allowed her to consider who she truly was and who she wanted to be, she was also confronted with unforeseen problems.

“Honestly, the worst part of being in there for the past three years has been not being able to get my roots done,” Lahst said. “They’ve been growing out for so long that it looks like some kind of DIY ombre horror story.”

Chancellor James C. Schmidt said while the circumstance is unfortunate, the bigger picture is what is most important for Eau Claire.

“It’s regrettable that this happened, of course,” Schmidt said, “but Centennial Hall marks notable progress in UW-Eau Claire’s advancement into the modern age. Sometimes with growth there are a few minor setbacks. ”

The best part of being lost in Centennial for three years was the bathrooms, Lahst said.

“If anything positive came out of this, I would say it was the Centennial bathrooms,” Lahst said. “Being able to use those nice, clean, spacious bathrooms for three years was way better than using the bathroom in my dorm.”

Centennial opened in early 2014, and is the newest building on campus. It hosts the College of Education and Human Sciences; the departments of education studies, English, languages and special education, along with many support services such as advising for students.

“We are committed to providing the best possible education for Eau Claire students,” Schmidt said. “What’s a few missing students here or there in the grand scheme of things? It’s not like anyone started denying basic science or asserting alternative facts.”

This is a satirical article and is not meant to be taken seriously. It does not reflect the opinions of The Spectator or UW-Eau Claire.