The cost of bad parking

Why students should be careful about how and where they park 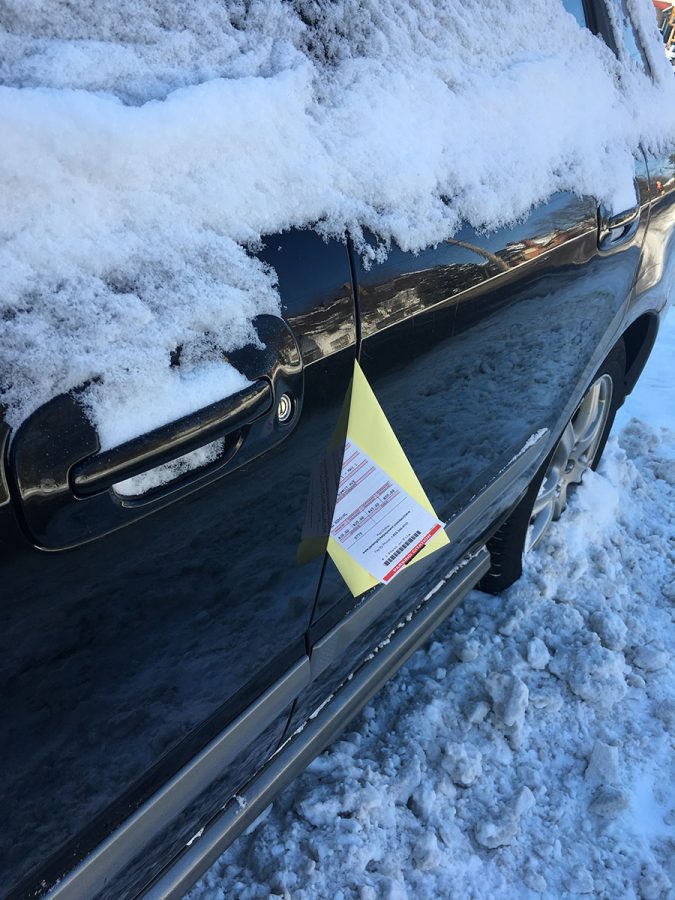 After taking a whirl around Eau Claire, students can find countless cars with parking tickets in the doors or on the windshields, but they can’t find their own places to park.

For students who drive to school and don’t own an on-campus parking pass, finding a place to park isn’t always easy. At times, it seems nearly impossible.

With so many rules and regulations related to parking and so little time to find a spot before class, parking is a stressful way to start any day, but it’s difficult to avoid when driving is your usual method of transportation.

The City of Eau Claire website has a complete list of parking, violations and fines, some more damaging to the wallet than others. The most costly violation, at $50, is parking in a handicap spot without a permit. Others follow anywhere from $10-$30, but even those small amounts accumulate over time.

Now that the snow has fallen and stuck to the ground, there are seasonal city ordinances as well, including alternate side parking – which lasts November 1 to May 1 – and snow emergencies.

It wasn’t until I racked up $90 in parking tickets that I decided to look up the laws to avoid further fees. Had I not looked into it, I never would have known to park over 20 feet away from a fire hydrant or 15 feet from a crosswalk.

While some laws are common sense, such as not parking in a two-hour spot for longer than two hours (guilty), others require a knowledge of the rules most students probably wouldn’t know without being told.

I must admit, I knew I shouldn’t have parked only eight inches from a driveway when the sign clearly said eight feet, but I had gotten a late start in the morning and I figured $30 was the price I’d have to pay to be on time to my sociology class.

After a decidedly long day, however, I had forgotten about my parking faux pas and was irate when I found the ticket on my windshield – $30, just like I had predicted.

I’m sure some students have been in this position, making a poor parking choice to avoid other consequences from being late to a class, presentation or other important meeting. On the other hand, there are other times students are simply unaware that what they’re doing is against the law.

On-campus parking permits are expensive but so are numerous unwanted parking tickets. Because not all parking laws in Eau Claire are explicitly signed, readers should take the time to review them and wake up five minutes earlier in the morning to find a lawful parking spot.

Take it from me; I’ve already doled out half of the cost of a parking pass in ticket fees. At this point, I could probably still save money by buying a pass.