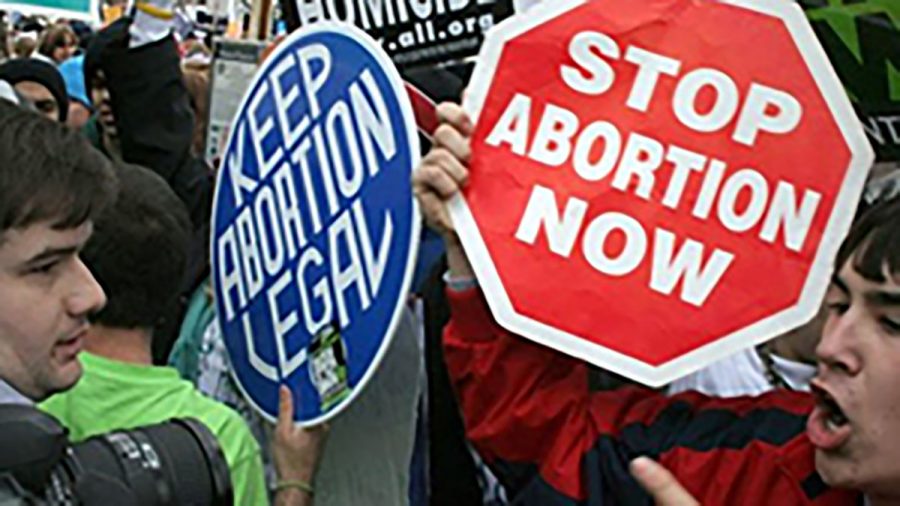 For years, protests have erupted all over the country between groups who are pro-life and pro-choice.

Every woman deserves the right to choose.

Last Wednesday, legislators in Ohio passed a “heartbeat bill” banning abortions after the fetus’ heart starts beating. Typically this happens between six to 12 weeks into the pregnancy.

Congress passed the bill Wednesday, and now Ohio Governor John Kasich, who is anti-abortion, will make the decision whether to sign or veto the bill in the coming days.

The problem with this bill is that pregnancy is typically measured from the first day of the last period, according to NaProTechnology. This means for approximately two weeks women are considered pregnant when they have yet to conceive.

Since women usually don’t know they’re pregnant until after they’ve missed two periods, they wouldn’t know about the pregnancy until they were considered about eight weeks pregnant, according to Buzzfeed. This would already put them past the six-week limit on getting an abortion.

Even if a woman did find out earlier, Baby Center’s website stated OB/GYNs typically see pregnant patients after about eight weeks, unless the woman has a medical condition that could put the mother or the fetus at risk.

If the bill is signed, women essentially would not have the right to choose in Ohio. Even if they’re a victim of rape or incest, the law would not allow them to get an abortion.

The only exception to the rule would be if the pregnancy is negatively impacting the health of the mother or if there are any fetal abnormalities.

The bill itself could potentially be unconstitutional, as it goes against a woman’s right to make their own personal medical decisions, as ruled in the Supreme Court case Roe v. Wade. But legislators trying to place bans on abortions is nothing new.

Bills similar to Ohio’s heartbeat bill have been proposed before in other states, according to the Washington Post, but they’ve been blocked by courts.

In November, an Indiana lawmaker proposed a bill banning abortions within the state. Once again, this bill would almost definitely be ruled unconstitutional due to Roe v. Wade.

Women should have the right to be able to choose what they do with their bodies. Contrary to some pro-lifers’ beliefs, no one is going around getting abortions left and right or using the procedure as an alternative to the Plan B pill.

The Center for Disease Control and Prevention (CDC) reported nearly 700,000 legal abortions were performed in 2013, which is down 20 percent from 2004. The amount of abortions that occur is likely decreasing due to increased sex education and better access to birth control, which leads to less pregnancies in the first place, according to fivethirtyeight.com.

Finally, delivering the baby and giving it up for an adoption is not a good alternative to an abortion. There were over 400,000 children in the foster care system in the United States in 2014, according to Adoption and Foster Care Analysis and Reporting System (AFCARS).

Abortions are a last resort. No one, pro-choice or otherwise, wants to get an abortion. They occur when a woman feels she has no other choice, which could be due to financial or health problems or if they feel they are not suited to be a parent.

Women need the right to choose what they do with their bodies, and if this right is taken away, what else will follow?