A surprising end to an unpredictable election cycle 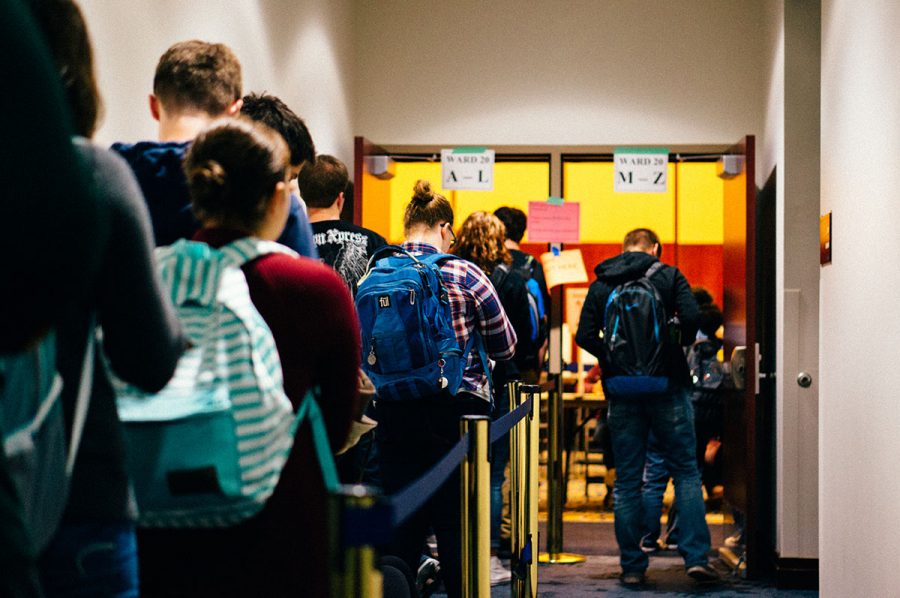 UW-Eau Claire students flocked to the polls on Tuesday to vote in one of the most divided and controversial elections of our time.

To say the least, I didn’t see that coming.

At first, it was somewhat of a joke — haha, Donald Trump as president. Wouldn’t that be funny?

But now he is. And it’s not so funny anymore.

I won’t delve into what we already know; that Trump is a misogynistic, egotistical bigot.

I won’t even say I believe American citizens chose the wrong candidate because it doesn’t matter anymore. The deed is done. Donald Trump is going to be the next president of the United States. He won, fair and square.

Despite the dramatic outcry on social media (like when Canada’s immigration website crashed Tuesday night), the sun will continue to rise and we will all continue with our lives.

There are numerous concerns regarding how Trump will handle his presidency and how the public will react to his inauguration. But in the meantime, let’s acknowledge that people actually went out and voted for the candidate of their choice. That’s how the democratic process works and last night, it did its job.

But what was most surprising was how far off pollsters were in predicting the outcome of the election. I woke up Tuesday morning confident that Hillary would win, but by the end of that very same evening, I’m sure many of us were scratching our heads.

Perhaps this polling error was the biggest wake up call of this election because it illustrates how politically divided we are as a country. I can only name a handful of people I know for certain voted for Trump, yet he easily defeated Hillary in the electoral college.

In Eau Claire County, Hillary lead the polls with 50 percent of the majority vote while Trump trailed with 43 percent. Yet in surrounding counties, red bleeds on the map.

Although there have been deeply divided elections in the past, this one stands out. The entire campaign process leading up to the election has been extremely controversial in how divided the candidates are on issues that matter to voters.

An issue which concerns me the most given the outcome of the election is one of human rights. Trump’s anti-gay, anti-Muslim, anti-Mexican charade is not an option. Now it is more important than ever to ensure these constitutional rights are still made available to everyone, regardless of gender, age, ethnicity or what have you. I hope Trump receives that message.

Although I didn’t vote for Trump and I disagree with a lot of his stances on the issues, the public outcry on social media is a bit too much for my taste. Facebook and Twitter became a warzone Tuesday night as the election results rolled in. I scrolled through so many Buzzfeed articles condemning Trump while the polls continued to favor his lead. Public anxiety skyrocketed as the financial markets took a plunge once his victory became apparent.

But now that the election is over and people have had the opportunity to vote, it’s time to come together and decide how we are going to solve the issues, given the resources and leadership we have.

Instead of freaking out, I think the best thing we can do is look at the bright side.

No more political ads. News stations will no longer run 24-hour specials of the campaign trail. We can reignite broken bonds with those who supported the opposing candidate. Hopefully, sooner or later, we will be able to breathe a little bit easier when we realize everything is going to work out, because it usually does.