Amid threats against Planned Parenthood, some advice for getting an IUD

Don’t go in blind, getting an IUD isn’t always the piece of cake it seems to be 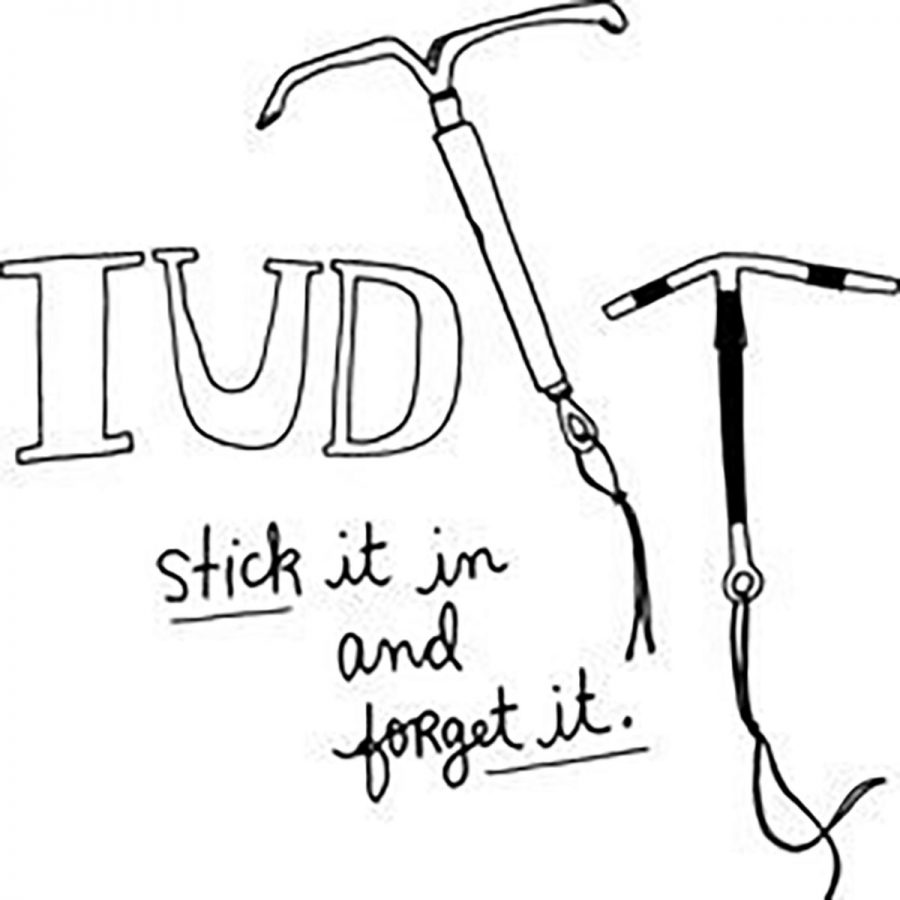 According to the National Center for Health Research, the IUD is the number one form of birth control used by gynecologists in the U.S. and is ideal for those who don’t want the burden of making their contraception a part of their regular schedule.

My life changed after realizing a little T-shaped piece of plastic could relieve me from hating myself everytime I constantly forgot to take my birth control pill.

No matter how many alarms I set on my phone, I never managed to pop that tiny blue pill at the same time every day and it added unnecessary stress to my precarious twenty-something existence. So when I did a little research on the Intrauterine Device (IUD), things looked up for me and my reproductive health.

Whether you’re a sexually active female or not, you’re probably still familiar with the device, a tiny mechanism that’s professionally inserted in your uterus to prevent pregnancy for anywhere from 3-10 years depending on the type.

It manages to be one of the most effective forms of birth control due to the low percentage of user error and the hands-free ease of use. It’s also one of the most invasive and has its fair share of possible complications, so it’s not for everyone.

Particularly in lieu of the recent election with rumors of possible defunding of Planned Parenthood (P.P.) by two men who don’t have vaginas but think they can make vagina-related rules, women like you might be thinking now is the time for an IUD, to which I say — yes!

Most P.P. facilities offer the device at little to no cost so if you’re considering the IUD route, you first want to look into whether you qualify to receive one from P.P. or if your insurance policy covers them.

Next you want to do some research on which type you’re best suited for. Thoughts to consider include how long you want the device to protect against pregnancy, and whether you want a hormonal or nonhormonal IUD.

Personally, I went with the Mirena which is a hormonal IUD that prevents pregnancy by thickening the lining of your uterus (sorry if you’re eating lunch while reading this,) to make it harder for sperm to travel to your egg as well as steadily releasing the synthetic hormone progestogen. In my case, the hormone stops my ovary from releasing an egg at all which means nothing for the sperm to fertilize and no period whatsoever. In short, a win-win.

Since I’ve talked up the IUD and placed a sparkly halo around it, now’s probably time to break it to you that getting that magical thing up inside you is not as much of a cake walk — it’s actually a searing, intense pain.

Some people are surprised by this. Prior to the procedure, I naively compared the procedure to what it would hypothetically feel like to put in an elongated tampon. I couldn’t have been more wrong.

First things first, get comfortable with the idea that some lady (or guy, though I still don’t get why dudes are gynecologists) is going to get a full on view of whatever you’ve got going on down there. Next, get over it. They’ve seen it all and no, they don’t care if you shaved your legs for the procedure.

Second, take Ibuprofen to relieve some of the general pain and especially the soreness after. In some instances your doctor might also prescribe a pill to make your uterus more pliable (yup) which you’ll pick up from your pharmacy and take before the appointment.

You didn’t hear this from me but if someone else is driving you to get it done, have a cocktail or two as well. Just trust me on this one.

Prepare for it to hurt a lot, that way if it does, at a least you knew it was coming and if not, then you’ll be pleasantly surprised. For me, it felt like someone was clamping their hand rather violently around my uterus and jerking it around which equated to a lot of sharp and intense lower stomach cramps that lasted for longer than I would have liked.

The whole procedure lasts maybe 10 minutes from start to finish unless you’re like me and get woozy and have to sit for 20 minutes after and drink apple juice with a cold rag over your forehead.

If you only take one piece of advice from this article, absolutely do not search WebMD for all the possible side effects and complications before or after getting it. I did both and only sent myself into an unnecessary dark hole of anxiety that ended up being all for nothing because I had zero problems.

After the whole uncomfortable and painful, spread eagle ordeal, most people have a similar problem-free experience to my own. It’s common for women to bleed sporadically for up to six months after, which did happen in my case, but once your body regulates and gets back on track there’s a really good chance you won’t have to deal with periods anymore and if you do they will be regular, short and light.

If you’re considering it, do your research and make a consultation appointment so you can have a care-free sex life or the light, painless period I believe all females deserve.