Penny for your thoughts: education in local politics

Eau Claire referendum leaves people questioning how much education is worth 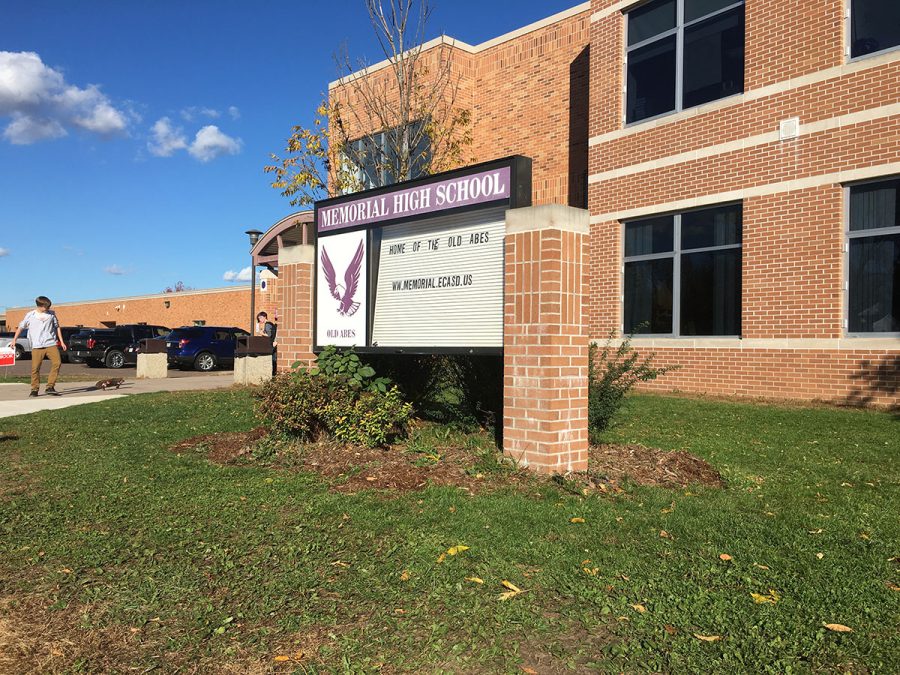 Memorial High School in Eau Claire will benefit from the referendum by receiving deferred building maintenance — updates to windows, roofing and exterior doors are a few of many.

Education is important. If it wasn’t, there wouldn’t be more than 15,000 students at University of Wisconsin-Eau Claire alone.

The Eau Claire Area School District (ECASD) has recently approved the wording of their 2016 operational referendum. In less than a month, city residents will have the opportunity to vote on whether or not it should be enacted.

The school board is requesting a nearly $5.9 million increase above their revenue limit. This money will come from taxpayers and will be based on individual home values.

According to the ECASD website, the money goes toward multiple investments:

—The projected compensation plan for staff

The median home worth in Eau Claire County is stated as approximately $147,000 on tax-rates.org.

With the tool on the ECASD site that allows users to find how the tax increase would affect them based on their home value, I got as close as I could to the aforementioned number. I ended up at $146,000. After all of the calculations, someone with this home value would pay about $140 every year for 15 years total. That equals right around $2,100 for the duration requested in the referendum.

Keep in mind, this is for the people in the middle. The tax increase can vary drastically depending on the value of every home. Anyone can go online and use the tax impact tool on the ECASD website to find out how they would be affected.

If I were a parent, I would want my children to get the most high-quality education possible. However, I recognize the costs add up.

While a lot of college students may not be concerned with the referendum at all, some will still check “no” on the ballot.

Mitchel Orlovsky, chair of the Eau Claire College Republicans, said he doesn’t believe the district needs any more money. He said he was taught growing up the most effective way to live is below your means. The same should apply to schools, he said.

“Everyone got up in arms when Scott Walker made budget cuts at the university level, but to get schools to spend less, you have to give them less,” Orlovsky said. “Then they have to make do with what they’ve got.”

Orlovsky said it’s unfair to ask taxpayers for this money when they are already heavily taxed. If the district is having problems with all the things the money from the referendum is meant to fix, he said they should appeal to the state rather than the citizens.

He said his opinion against the referendum is not based on the party with which he identifies.

“Republicans are seen as not caring about education,” he said, “but we’re trying to think about the here and now as well as the future.”

Jake McGuire, chair of the Eau Claire College Democrats will be among those voting “yes.” He believes education is extremely important despite the fact the state has not historically been known to pour money into the education system.

“It’s important to put money into education and show that we value it by keeping class sizes at a decent level, maintaining buildings and making sure teachers are getting paid what they deserve.”

While McGuire said he wishes the issue wasn’t seen differently by the two parties, he thinks it currently is. He said education should be valued regardless of political affiliation.

On the ECASD fact sheet, the district is 272 out of 424 in spending but eighth in enrollment.

McGuire said he’s hopeful the referendum will pass because he has seen a lot of passionate, positive people working toward the goal.

On Nov. 8, city residents will get the chance to vote for or against the ECASD referendum. Everyone must decide for themselves whether the investment is worth it. I, for one, will weigh the merit of both arguments until I come to a decision because as it stands, “maybe” is not an option.