Friends vs. How I Met Your Mother 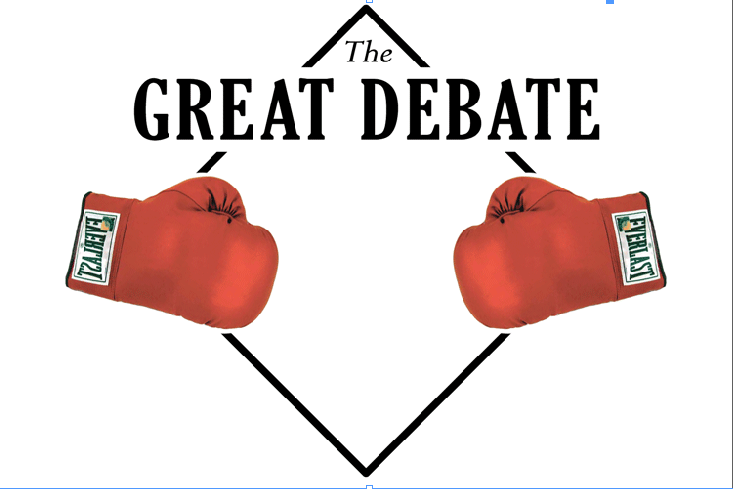 I don’t know about you, but when I read this quote, all I can think about is Joey Tribbiani’s slick, sly tone of voice.

“F.R.I.E.N.D.S.” is the ultimate TV sitcom to ever be made. It all starts with the six friends who basically live together in a cute, purple-walled New York apartment.

Sure in “How I Met Your Mother” there are some pretty cool characters, but did any of them set off a hairstyle trend like Rachel Green did? The show (and Rachel) was so popular that women all over the U.S. wanted their hair to look exactly like hers.

Upon entering the salon, all they had to say was, “I’ll have the Rachel.”

The infamous squad in “F.R.I.E.N.D.S.” liked to hang out at their local coffee shop called Central Perk, getting into hilariously random activities throughout the series.

Not only was “F.R.I.E.N.D.S.” downright funny and extremely entertaining, but it helped teach its viewers some important lessons in life. The characters and situations are relatable to many and the various relationships taught us that love is something to look forward to because everything seemed to work out in the end.

“I’ll be there for you” and convince you that “F.R.I.E.N.D.S.” will always be better than “How I Met Your Mother,” because when in comparison, nothing can truly beat it.

How I Met Your Mother

If you had, you would understand that “How I Met Your Mother” is a fantastic show.

In fact, it’s significantly better than “F.R.I.E.N.D.S.,” which “How I Met Your Mother” is often compared to.

With endless amounts of Canada jokes, plenty of musical numbers and a nine-season-long mystery, “How I Met Your Mother” blows “F.R.I.E.N.D.S.” out of the water.

Wondering just how Ted Mosby met his children’s mother is a constant intrigue. “Who’s under the umbrella?” and “What wedding?” are questions that accumulate throughout the nine season series.

Barney Stinson’s many encounters with women, Lily Aldrin’s hilarious tales of being a kindergarten teacher and part-time artist and Robin Scherbatsky’s quest to make it as a famous reporter are just a few of the things that make the show’s 208 episodes glorious.

“How I Met Your Mother” also gifted us with our favorite Canadian pop star, Robin Sparkles. Her catchy tunes and embarrassing eighties fashion made for many jokes and four interesting songs throughout the show.

How many fictional Canadian pop stars has “F.R.I.E.N.D.S.” given us? That’s right: zero. (Not to mention the clear lack of going to the mall, today.)

Jason Segel’s character, Marshall Eriksen’s catchphrase, “lawyered” has been single-handedly ending arguments since it’s debut. One of Barney’s catchphrases, “challenge accepted” was even a meme on Reddit for years. And let’s not forget “it’s gonna be legen — wait for it — dary!”