Clinton and Trump on education

How candidates’ proposals for higher education will affect students 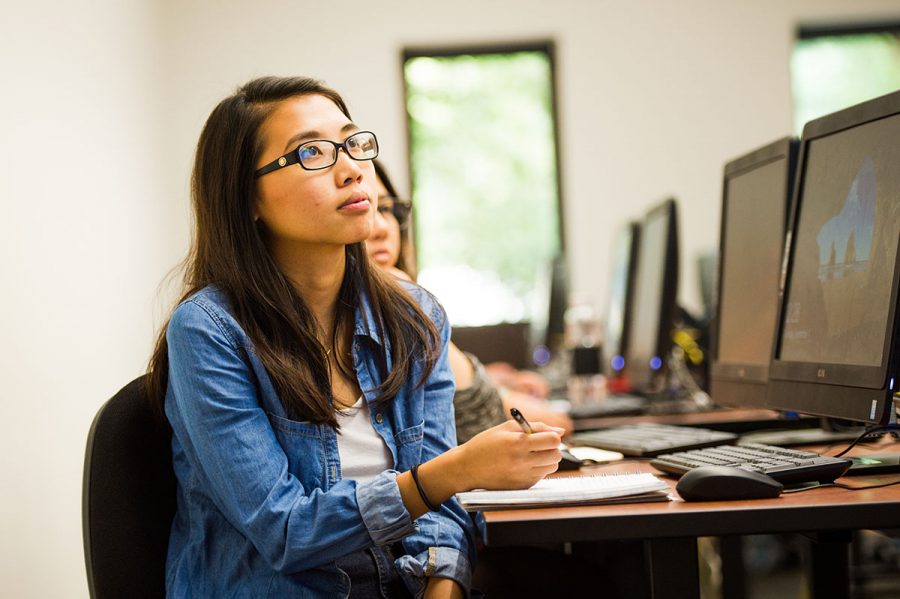 Students need to consider how candidates’ proposals for higher education will impact their experience at UW-Eau Claire.

If there’s one thing young voters have on their minds, it’s each candidate’s stance on higher education.

How are students going to repay the staggering amount of debt they owe just in student loans? How is college going to be made more affordable? What about interest rates for student loans? A reasonable repayment plan? Or heck, how about free tuition all together? These are just a few questions plaguing college students across the nation.

Hillary Clinton and Donald Trump have vastly different proposals for higher education, each of encompassing distinct ideologies and political agendas.

While Clinton advocates for free tuition at community colleges and significantly cutting the interest rates of students loans — all neatly bundled into her “New College Compact” proposal — Trump has yet to outline an official plan for higher education.

More than half of the funds of Clinton’s “New College Compact” will supply grants to states and colleges to ensure students don’t need to take out loans. These funds will also provide free tuition at community colleges and for families with an annual income less than $85,000.

With this proposal, students contribute to the cost of their tuition by working 10 hours per week while in college. Clinton also plans to lower the interest rate of student loans and refinancing for current student loans, Torres said.

Repayment plans are also emphasized under Clinton’s plan. After graduation, students can pay back the loan at no more than 10 percent of their monthly income and public service (such as Americorps or teacher education programs) will be rewarded with payment forgiveness.

Clinton’s sights are set on public, private and nonprofit universities that keep costs low for students so that taking out loans is not the only option. Her campaign ads advocate the need for a cohesive public higher education system.

If Clinton’s proposal were to go through, there would be a larger cohort of individuals who go into higher education because funds are available, Torres said. This would mean higher salaries and realistic repayment plans for students, as well as the opportunity for new grads to save and invest.

Trump: Education as a commodity

On the other hand, Trump has yet to lay out his proposal for higher education, but some insight can be gleaned from his speeches and other public addresses.

Not only does Trump reject any initiative for free tuition at community colleges for new high school graduates, but he rejects any attempt of instituting any debt-free public education initiative, Torres said.

Under Trump’s proposal, the government moves away from the business of lending. Students will need to go to a private bank for a loan instead of students getting loans from the government.

In this way, colleges should estimate the value of loan-worthiness of students based on their future earnings, Torres said. According to this proposal, students who are interested in pursuing liberal education should not get a loan because the prospects of these students earning a high salary after graduation is low.

If these ideologies Trump has voiced while campaigning stick to an official proposal for higher education, it’s bad news for students.

“It would mean a serious paradigm shift where higher public education would be considered more of a commodity than a fundamental right,” Torres said.

Current resources for students such as FAFSA would be turned over to the private sector and would carry out the rules of business in which higher interest rates, shorter payment periods and less loan forgiveness are all stark realities.

It’s easy to get caught up in election talk and forget how these proposals have a direct impact on our own education. But Wisconsin is undergoing severe budget cuts, which have gotten worse in recent years.

In the last year, UW-Eau Claire took a staggering 26 percent reduction to their general fund, which cut 179 full time employee positions, Torres said. This has had a negative impact on teaching with a 14 percent increase in overall class size and 197 fewer sections to chose from this year compared to last.

Torres said there is a financial base to support free college, but public higher education is not a priority for those who hold political decision-making influence.

“The funds exist,” Torres said. “How we use those funds are politically motivated decisions.”

Torres calls on educators to shape educational policy at the state level, rather than biased groups or financial institutions. Students and educators need to be part of the conversation and voice their ideas, yet they’re not always invited to the table.

Rather than waiting in silence for our voice to be heard, it’s time to educate ourselves on the costs and benefits of each candidate’s proposal for something as central to our democracy, economy and wellbeing as higher education.