Pneumonia detracts from the Clinton campaign

Presidential candidates attempt to be transparent amidst history of secrecy 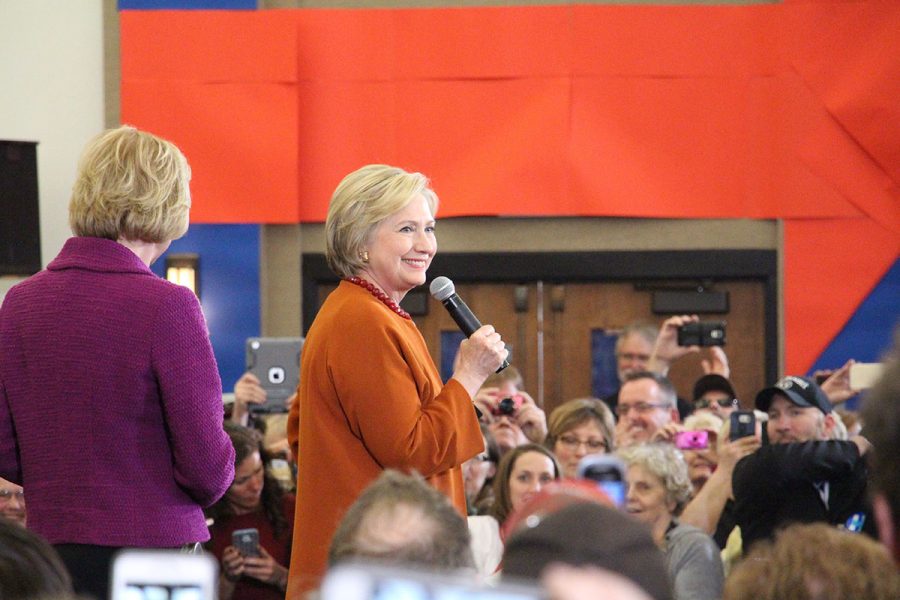 Following a recent ceremony, Democratic presidential nominee Hillary Clinton appeared to lose her footing on the way to her car. The press later revealed that Clinton was diagnosed with a “mild non-contagious” form of pneumonia on Friday, Sept. 9. Clinton’s long-time physician issued a letter on Wednesday, Sept. 14, assuring the public that Clinton was recovering and would be healthy enough to serve as president.

Everyone gets sick at some point, including presidential candidates. So when I initially heard about Clinton’s pneumonia diagnosis, my first thought was, “Who cares?” It’s true, pneumonia can make older adults very ill, but according to the Cleveland Clinic website, pneumonia generally improves within 24-48 hours after treatment begins.

Well, it turns out a lot of people care. After all, politicians live in the limelight, so it shouldn’t come as a surprise that people want to know their candidates will be healthy enough to serve their country.

Although Bardack’s letter was a nice touch, the main concern was not Clinton’s diagnosis. Rather, it was that this information was not revealed until two days following her diagnosis.

In a phone interview conducted by Anderson Cooper — which was played on “Anderson Cooper 360 Degrees” on Monday, Sept. 12 — Cooper asked Clinton why she didn’t reveal her diagnosis immediately.

“I just thought I could keep going forward and power through it,” Clinton said. “I just didn’t think it was going to be that big a deal.”

However, with one misstep, Clinton fell into a snare Donald Trump had been waiting for, giving his campaign the opportunity to question Clinton’s trustworthiness once again. What should’ve been a minor hiccup on the campaign trail morphed into a fully fledged mudslinging event from both parties.

“I think it’s time he [Trump] met the same level of disclosure that I have for years,” Clinton said in her interview with Cooper. “We’ve already met a high standard of transparency and we know the least about Donald Trump of any candidate in recent American history.” Clinton then cited the fact that while Trump has released no information on his tax returns, she has released 40 years’ worth.

Meanwhile, Trump took full advantage of the situation. With the dramatic flair one would expect from the Republican nominee, Trump appeared on “The Dr. Oz Show” on Wednesday, Sept. 14. The Washington Post website provided a transcript of the interview, where Dr. Mehmet Oz gave Trump a “review of systems,” asking about all aspects of Trump’s health.

Then, with theatric mastery, Trump procured a letter from his physician, Dr. Harold Bornstein. After reading the letter, Oz proclaimed himself to be “really happy” with Trump’s health.

“When you’re running for president, I think you have an obligation to be healthy,” Trump responded. “I just don’t think you can represent the country properly if you’re not a healthy person.”

At least there, Trump is right. According to the Los Angeles Times website, a vast number of our nation’s leaders have been sickly. Presidents such as Woodrow Wilson, John F. Kennedy and Franklin Roosevelt suffered from ailments that sometimes impeded their ability to govern the United States.

What these presidents have in common is they concealed their conditions from the public. More recently, during his 1992 and 1996 campaigns, former President Bill Clinton resisted releasing his health records to the public. In fact, Mr. Clinton was dubbed by New York Times’ doctor-reporter Lawrence K. Altman as “less forthcoming about his health than any presidential nominee in the last 20 years.”

So, is the public entitled to presidential candidates’ health records and history?

“Any sort of patient information must be kept as private as possible at all costs,” Sessions said. “It is one of the most basic rights in this country to have that sort of privacy.”

Sophomore Megan Dobbertin, who is pursuing a Kinesiology degree, agreed that people’s health records should be kept confidential, despite their occupation.

“The only exception I would make for public officials is if they have a serious, debilitating illness or disease that will prevent them from doing their jobs,” Dobbertin said.

Although presidential candidates are certainly not required to release their health records, it shouldn’t come as a surprise when they are demanded. As high-profile figures, politicians should expect to forgo a certain amount of their privacy. Skeletons in the closet will be brought into the spotlight. Details about their lives will be spun to suit another agenda.

Nevertheless, the public should care about the health of their presidential candidates. Clinton and Trump will be ages 69 and 70 respectively on Inauguration Day, Jan. 20, 2017. If elected, Trump would be the oldest president, and Clinton would be the second oldest, following Ronald Reagan. In addition, the United States has a history of presidents who have been stricken with debilitating illnesses and conditions: cancer, heart attacks, strokes and more.

On top of everything else, this election features two of the most despised candidates in history. In a poll with Pew Research Center, 4,602 adults were asked to apply certain words or traits to the candidates. When asked if the candidates were honest, 13 percent said “yes” for Clinton, and 19 percent for Trump.

To combat this, both candidates are now in an endless standoff to see who can be the most transparent.

Although the health of our presidential candidates is important, Clinton’s pneumonia whirlwind and Trump’s trip to the land of Oz only succeeded in detracting from a few fundamental facts.

The first presidential debate is one week away. None of the third party candidates made it to the debate stage. The election itself is a mere seven weeks away, and most voters haven’t completed their pros and cons lists or consulted their Magic 8 Balls.

The press is moving on, and so are the candidates. It’s time for voters to refocus their energies on choosing the best candidate to be their next president, keeping in mind that whatever politicians may say about their transparency with the public, the public will rarely be satisfied.