Death to the “mean girl”

Why kindness is key, from a young age through adulthood 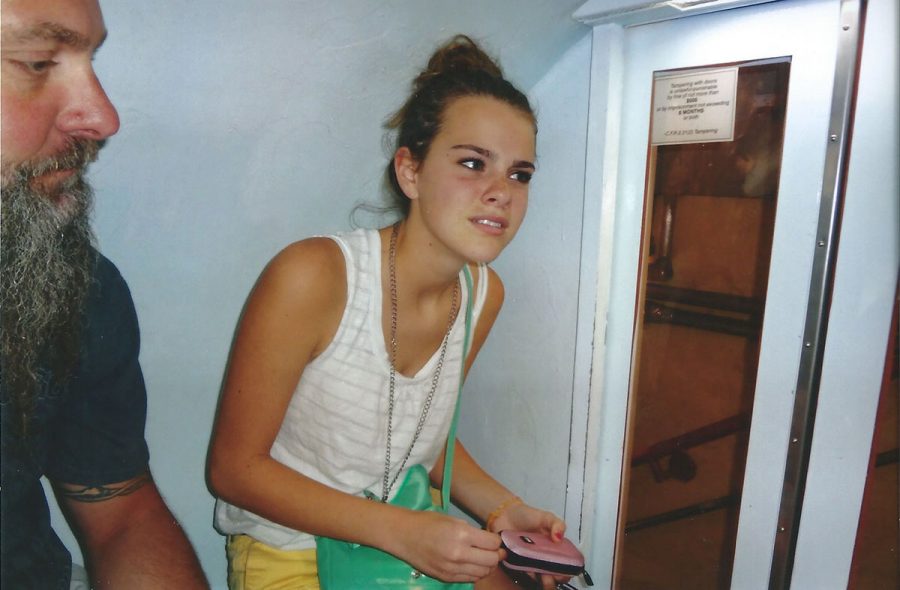 According to SSM Health, “1 in 7 students in grades K-12 is either a bully or a victim of a bully.” The younger version of me, seen in this photo, was both.

In middle school, I was a bully. It pains me to admit it, but admit it, I must.

Unfortunately, I was not alone in this.

I wasn’t the stereotypical, physically aggressive kid who pushed others into their lockers after class. I was the sassy, two-faced girl who believed and spread rumors like it was my job. I talked about my “friends” behind their backs.

Middle school is a rough time period for many people. We’re just hitting puberty, and clothes that don’t fit our bodies right remind us of that constantly.

Because we’re insecure about our own appearances at this age, some of us taunt others and point out their flaws. For me, it didn’t feel fun as much as it felt necessary.

Growing up, I was always taller than my classmates. Before the others had their growth spurts, I was the giant of my class. People, especially boys, made fun of me for it. They teased me and in turn, I teased others.

High school rolled on in slow motion and people began to mature both mentally and physically. I became drastically more confident in myself, flaunting features I would have tried to hide from the world at the beginning of middle school. Due to this newfound confidence (and possibly the extra six inches in height most of the boys had grown), most of my antagonizers began to leave me alone.

Remembering how badly it hurt when catty classmates backstabbed me over the years, I started to see the world through a more empathetic lens. I had a flashback to the golden rule I learned in kindergarten: “treat others as you wish to be treated.”

I finally understood. Nobody wants to be a victim, so why should I devote so much of my time to being a victimizer?

It took a lot of effort and tweaking in my thought processes but eventually I became a nice person, someone my parents could be proud of.

Being kind is a conscious effort, and some days, it is undoubtedly more difficult than others. The first step is to keep in mind the age-old cliche, “If you don’t have anything nice to say, don’t say anything at all.” For people who typically say exactly what’s on their mind, this takes practice.

A kindness revolution has begun, and I urge everyone to try to be part of it. There are patches and stickers that read “You can sit with us,” and viral videos of a man doing nothing more than giving free hugs and making people smile.

It doesn’t take much to make someone’s day. From paying for a stranger’s Starbucks order to holding the door open for someone who has their hands full, opportunities are everywhere. Even something as simple as smiling at people when you walk by can make an impact.

As members of a college community, all students at UW-Eau Claire have countless chances to  make a difference in someone else’s life. A few days ago, I saw a woman on campus holding her umbrella over her friend’s head while she, herself got soaked. Despite getting drenched, she still had a smile on her face and continued talking cheerfully with her friend.

Even those not on college campuses can do kind things for others. When I was at the grocery store a couple weeks ago, I saw an employee drop products he was struggling to carry. A customer passing by stopped in his tracks to help the worker pick them up and set them on a shelf.

You don’t have to pay off a peer’s student loans or buy anyone a yacht to be noticeably nice. It all starts with simply not being mean. Don’t wrinkle your nose at a fellow student’s outfit just because you wouldn’t necessarily pair those boots with that dress. Don’t laugh at strangers when they accidentally hurt themselves and are visibly upset by it.

“Mean Girls” was released 12 years ago. While it will always be one of my favorite movies, I no longer try to emulate Regina George. It’s long overdue that people realize kindness is key. It’s time to kiss cruelty goodbye and say hello to a brighter, better world.