Local food tastes better and is better for you 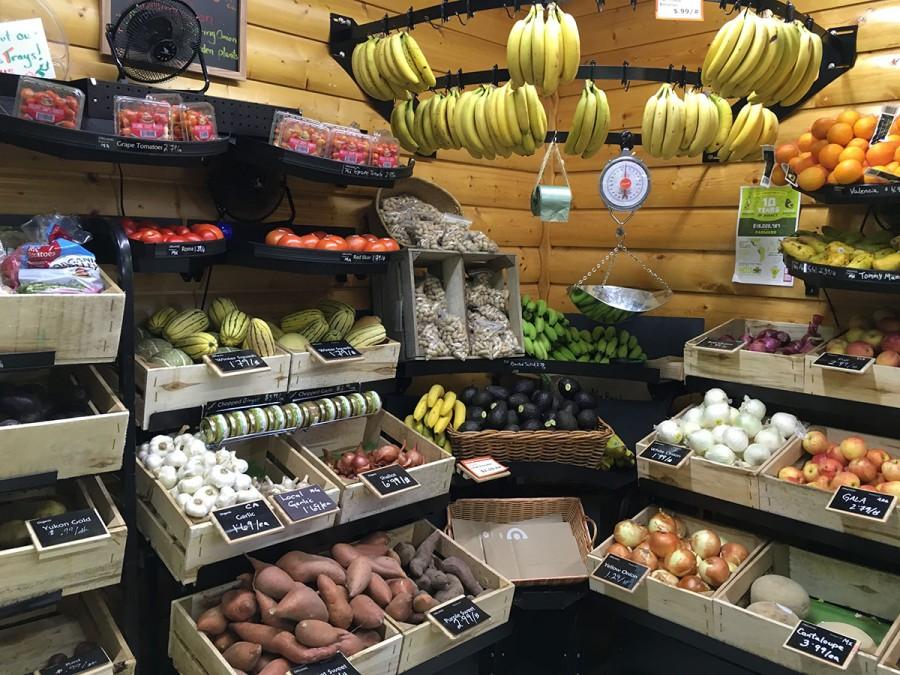 All natural: An assortment of locally grown and organic food can be found in small stores such as Just Local Foods

I have been blessed with parents who grow most of their own vegetables and cook with all-natural ingredients that taste good and make me feel even better.

Now that I live on my own, however, I’m struggling to live up to my parents’ cooking. I find it even more difficult to find food at grocery stores that taste as good as my parents’ home-grown vegetables.

One day I called up my mom — with just the idea of her homemade vegetable lasagna making me drool — and I told her about my problem. She told me I should try buying local food at the farmer’s market.

The farmer’s market doesn’t open until June so I went to Just Local Foods in downtown Eau Claire. I was blown away by the difference in freshness and taste compared to the groceries I was buying at larger chain stores.

I went back to the store to talk to storekeeper Nik Novak about their local food efforts. One conversation changed the way I look at food.

When people buy locally, the money stays in the Chippewa Valley, supporting the families that produce the food, Novak said. Customers then have a real, authentic relationship with the producer. One may pay more for locally grown food, but in the long-run it has environmental and economic benefits. And let’s be real, it tastes way better.

Local food markets also challenge agribusiness and other large companies that dominate our food culture in the U.S., which is increasingly becoming a monoculture with little diversity in the foods we eat. This food is predominately corn, soy and wheat, all of which are low in protein, energy-dependent and subsidized by the government, Novak said.

The best thing for our soil is a pasture-fed animal that naturally deposits its waste, which builds new soil, which creates habitat for bacteria and microorganisms, which allows you to plant plants that sow more nutrients and allows us to feed our bodies, he said.

“It’s a natural cycle,” Novak said. “And America and the globalized world has divorced itself from this cycle.”

In my mind, food is pretty important. So why aren’t we talking about these problems? Like many other things, the answer to that question is money.

Large corporations hold positions of power in the Food and Drug Administration (FDA), turning a blind eye to the issues of monoculture and heavy pesticide use, Novak said. There are only a few companies that control the majority of our food supply in the U.S., investing heavily in biotechnology and not investing in the health of its consumers.

If you ask me, it’s time for change.

I have decided to make a small step in my larger journey of eating healthy and delicious food by buying from local markets. A small change has a big impact on the families that produce the food, the people who work at these markets and our environment at large.

Food has always been a way to start a conversation. Whether it’s sitting around a dinner table, spending time cooking with a loved one or starting a conversation with a stranger at a local food store that changes your perspective on food.

“Everybody deserves to eat really good food,” Novak said. “It brings people together and we need more of that.”

Summer is right around the corner. Spend a Saturday morning at Just Local Foods or the downtown farmer’s market at Phoenix Park and pick up some of your favorite foods. Believe me, you won’t be disappointed.