Wisconsin Gov. Scott Walker begs supporters to give him a hand with his $1.2 million campaign debt 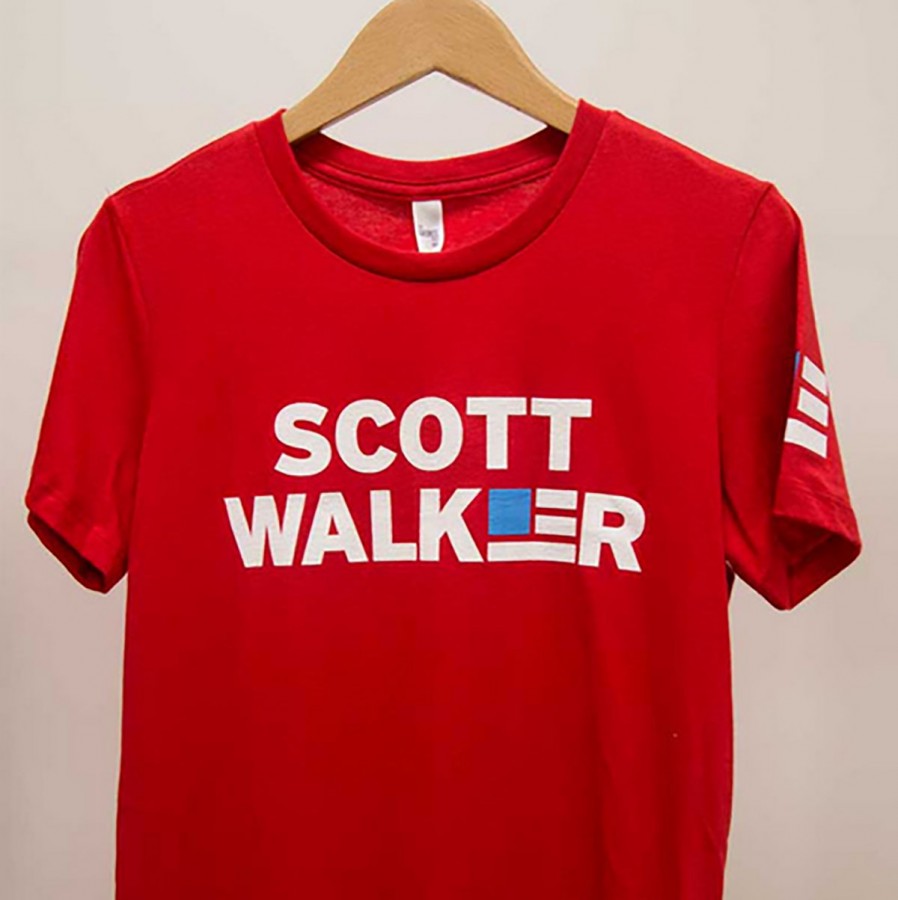 Gov. Scott Walker attempts to bribe potential donors with T-shirts in a desperate attempt to pay off the debt from his failed 2016 presidential campaign.

Don’t be fooled; this headline may seem like a ridiculous joke straight out of “Parks and Recreation,” but that is not the case. This is reality.

In an email that made me laugh and cringe with secondhand embarrassment, Walker promised anyone who donates $45 or more toward his nearly $1.2 million campaign debt a free 2016 Scott Walker campaign T-shirt.

Yet, the Tribune said donors’ color and size preferences will not be honored due to a lack of resources. Instead, Walker said the shirts can be used for “crafty things” or even framed and hung up on the wall.

Who wants to spend $45 to make “crafts” out of a failed campaign T-shirt? I think I’ll pass.

In his email, Walker claimed he is often “thrifty” and praises his use of Kohl’s Cash, coupons and shopping at sale racks, the Tribune said.

“If there is one thing the American people learned about me during our presidential campaign, it is that I am thrifty,” Walker said in the email he sent to supporters.

Walker does not, however, address the $90,000 he spent daily during his 70 days of being a candidate.

In February, the Milwaukee Journal Sentinel said Walker had paid off one-third of his debt, but that was not without the help of current GOP presidential candidate Ted Cruz, who urged his Twitter followers to help pay off Walker’s debt.

Cruz called on his “#CruzCrew” in a tweet advocating for Walker and his “unavoidable” debt.

Clearly, Gov. Walker is in a bit of trouble. But, as someone who possesses a deep disdain for Walker and his conservative values, I’ve found this situation to be pretty laughable.

I’m having a hard time feeling sorry for someone who spent nearly 100 grand a day during his short-lived presidential campaign, but made budget cuts throughout the UW schools left and right.

Walker took money away from our schools and organizations but still has the audacity to beg for money? I don’t think so.

Honestly, what an idiotic move.

If Walker really wants his people to give him a hand, he’s definitely going to have to dish out more than some ill-fitting, ugly T-shirts that could easily be found at Goodwill.

Get it together, Walker. You’re embarrassing us.