Never regret the things you didn’t do

After plenty of mistakes in my life, I refuse to let anyone tell me what to regret 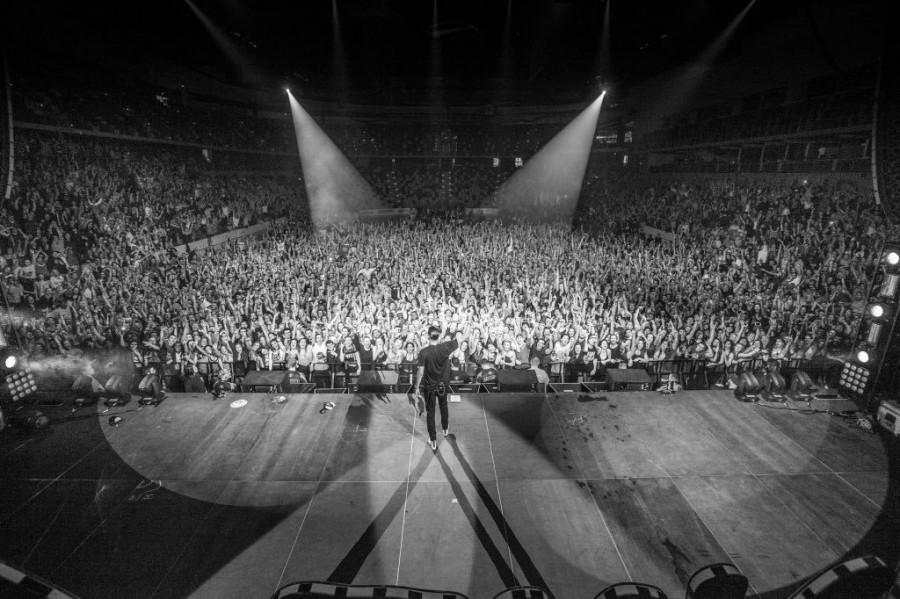 Hultman is pictured somewhere in the midst of this seething legion of G-Eazy enthusiasts. She regrets everything that lead her to this point.

There are few overused platitudes I hate more than “you only regret the things you didn’t do.” What a load of actual garbage.

As a fresh, young 19-year-old who looks back at every single middle school decision with a shudder of revulsion, I am here to tell you there are plenty of things you can, will and have done that will cause you years of unshakeable remorse.

Don’t buy into the hype surrounding wannabe Buddhists and #yoloswag enthusiasts. Life is full of mistakes just waiting to happen.

The most glaringly obvious and recent example from my own life is that of the G-Eazy concert I went to last weekend. I have nothing against G-Eazy or those who truly enjoy his music, but as someone who has listened to him and actively decided not to like it, I would do a few things differently if I could turn back time.

The first mistake was agreeing to go. All my friends from Duluth, which was where the concert was to be held, were going. I decided G-Eazy was a big enough name that I was willing to attend just for the sake of it. Never again.

The second mistake was jumping the barrier. The concert was held in the Duluth hockey arena. My friends and I missed the 2,200-person cutoff for the floor and got shuffled to the seats. Naturally, this was not good enough.

We risked life, limb and bodily comfort to leap over the barrier, run past a very intimidating security guard and plunge into the seething mass of screaming rap enthusiasts that was the floor.

I’m actually pretty sure they kicked one of the kids who jumped with us out of the concert. How I wish I was that kid.

The floor was the most torturous experience of my life. Remember: I don’t even like G-Eazy. As I was pulled deeper into the crowd I felt the last dredges of my humanity slipping away. I became one with the pulsing horde.

The heat was unbearable. The air on the floor was probably 80 percent evaporated sweat. My shoelaces were both untied within five minutes, and with every step I had to yank them out from under the the feet of a raucous stranger.

We pushed closer and closer to the stage where G-Eazy rapped in all his glory. With every step I had to swim through the layer of sweat that glued me to the rest of the people there.

Several times I thought it was the end. I debated laying on the floor and pretending to pass out so I could leave, but I was pretty sure no one in the crowd would notice, and I would actually end up dying.

Several excruciating and breathless hours later, I made it out in one piece. The worst part of all this is that I literally paid money to drown in other people’s sweat and get elbowed in the boobs.

There are plenty more things I wish I hadn’t done, of course. I borrowed my friend’s car without permission, twice. I buy almond milk approximately once a week, and there are currently four expired cartons of the stuff in my fridge. I dated someone for five days in high school and then dumped him over the phone.

The lesson you should take from this is that there are some things you just shouldn’t do. Don’t go to college concerts you know you’ll hate. Don’t take any photographs in middle school. Don’t leave your car unlocked until someone pours sand into your engine.

Be smart, be reasonable and learn from my mistakes.