After changing majors, transferring schools, joining different groups, and developing new skills, I am a more well-rounded person, and you can be too 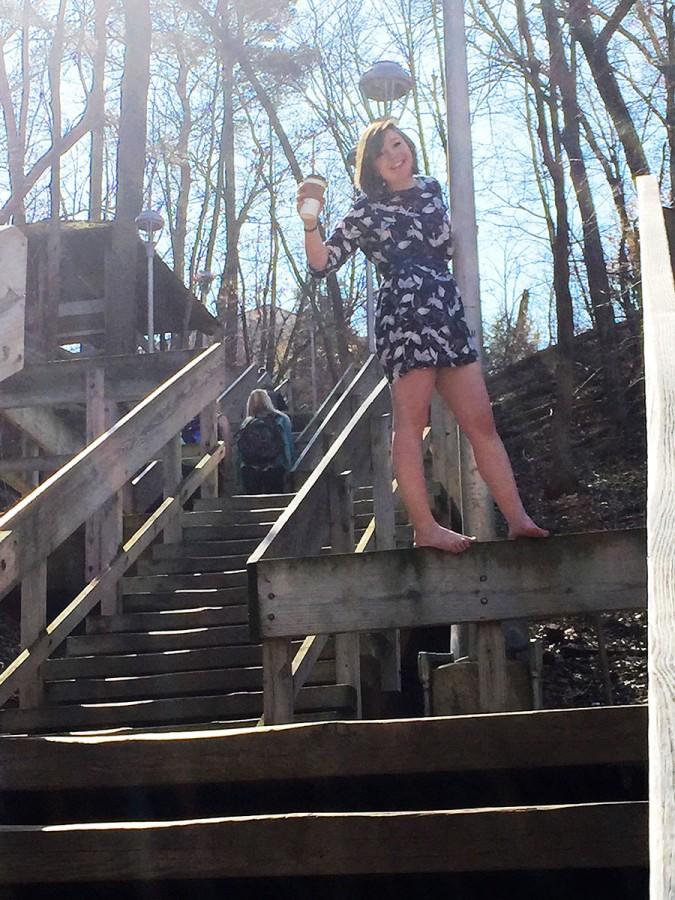 Life is short and death is inevitable.

I think we all know this on an intrinsic level. We might not contemplate the inevitability of oblivion on a daily basis, but that doesn’t mean the end isn’t coming.

Something I’ve found that improves my numbered days upon this earth is living life on the edge. I don’t mean that I am some sort of adrenaline junkie who jumps out of planes in her spare time, I mean I try to do things I’m afraid of.

It’s all too easy to live life in relative safety and complacency, doing what you’re comfortable with, existing in your personal bubble. Fortunately, life can be lived more adventurously than that.

My freshman year of college, I was shy. I socialized with my three roommates, the four boys across the hall, and my best friend from high school. It was safe, easy and didn’t take much effort.

I didn’t meet many people in my classes, nor anywhere else on campus. I didn’t join many clubs, and those I did join I participated in halfheartedly at best.

At the end of last summer, however, I transferred to UW-Eau Claire. I was forced to socialize without relying on my outgoing roommate to make friends for me. With every person whose hand I shook, I could feel my horizons broadening.

Starting over at a new school was not the safest option. It didn’t give me the bubble that I had created in Duluth, but it did allow me to become a more well-rounded, interactive person.

To up the ante, I began writing for The Spectator. Obviously. You are, after all, reading a column written by me.

Fun fact: Newspaper work is not the same as writing essays. A reporter can’t google all of their information. Setting up interviews was the stuff of nightmares. The first several weeks of writing at The Spectator had my stomach in knots for days preceding interviews.

Every email I sent to a stranger was accompanied by a twinge of nausea, and every time I took a story that required talking to a peer, a professional or really anyone at all I had to fight through a nerve-wracking moment of terror.

By this point I had established that silly fears and nervousness were something I wanted no part of, and so I fought through them. It was worth it.

Whenever I feel that telltale nausea saying, “Oh, hey Faith, you don’t want to do that,” I do it. Unless it’s legitimately a danger. Don’t throw yourself into oncoming traffic or anything.

Don’t be that person who refuses to get on the roller coaster. Ride it at least once, and if you still hate it, then at least you know for sure that roller coasters aren’t for you.

Living life on the edge doesn’t have to mean putting yourself in danger of bodily harm. Doing things that you, as an individual, are afraid of is one of the best ways to improve your quality of life.
Now get out there and ask that boy out, dye your hair pink, wear a crop top or switch your major. Adventure isn’t difficult to find as long as you know what you’re scared of.