Generic, sugarcoated pop music gets too much hate

Stop saying any type of music is superior to another 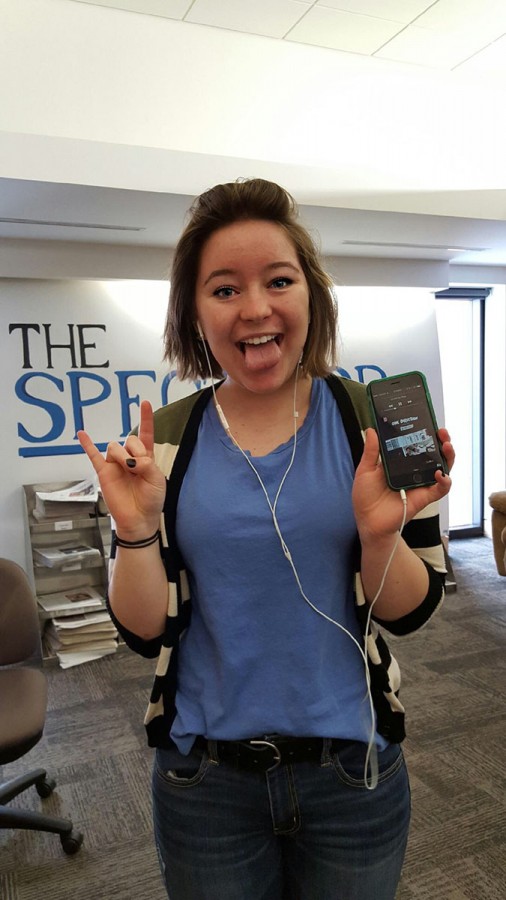 Faith Hultman shamelessly blasts One Direction out of her headphones loud enough for others to hear.

I have a good friend who insists on listening to music no one else knows about. She gets angry if an artist she likes makes it big, or if a song that she was once a fan of hits the iTunes Top 40. This is ridiculous.

Popular music, while arguably generic and meaningless, is still great to listen to. There is a reason “The Edge of Glory,” “Poker Face” and “Paparazzi,” all by Lady Gaga, have the same chord progression.

Maybe pop songs about love, heartbreak, sex and dancing aren’t original, but they’re unoriginal because they’re fun, and having fun doesn’t have to be unique. Sometimes I think people feel the need to prove they’re a special snowflake by knowing every line of a song recorded in a cave underneath the Himalayas and played on a sitar by nomadic goat-herders.

I am tired of being shamed for my love of “low-quality” music. I will freely admit that One Direction was formed in a music-making factory, marketed towards impressionable young girls and manufactured so their music is as generic and appealing as possible. I admit that One Direction is my freaking jam. I can sing any song off any album and I have no shame about it.

Recently I walked past an open door in my residence hall and heard One Direction blasting out of it. One girl said people were going to make fun of her for liking One Direction. The other girl said she really liked the song, but the first girl told her not to tell anyone or she was going to be made fun of.

This is sad. Why are generic songs so catchy? Because they are engineered to be as appealing as possible. I refuse to admit there’s anything wrong with that. Is Kesha your guilty pleasure? Then enjoy it and stop feeling guilty.

Be free. Don’t lie about dancing to a Demi Lovato song and live your life. Don’t let anyone music shame you and don’t buy into the idea that there is a superior form of music to be found in the Himalayas.

On the flip side, don’t shame people who listen to music you deem weird either. Everyone should be free to have a solo dance party to the sweet sound of baby goats bleating in three- part harmony.

Music is fun. Don’t suck the fun out of it.