Marching band is much more athletic than what meets the eye 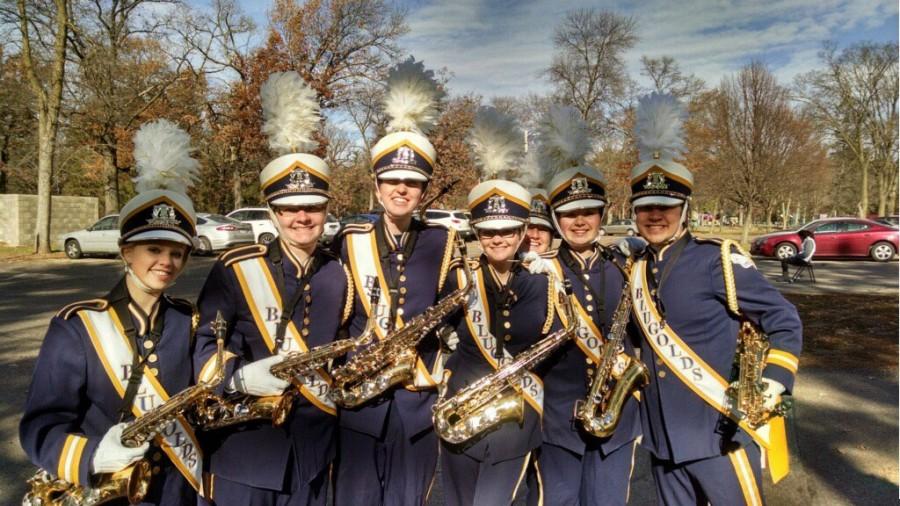 Call me a nerd, but I think marching band is cool and I am not afraid to admit it.

Well, most of the time.

Marching band generally gets a bad rep. The “nerdy marching band kid” trope is a common theme in movies and young adult novels, causing the vast majority of the population to believe marching band is solely for nerds and losers.

These stereotypes caused me a whole lot of trouble and embarrassment throughout my high school marching experience, yet I knew deep down marching was totally hardcore.

Right now you’re probably wondering how I managed to fit the words ‘marching band’ and badass into one sentence, so let me explain.

My high school marching band practiced more than the football team. We had a personal trainer who forced us to do yoga and circuit training for hours on end. Not to mention we had weeks of vigorous 10-hour practices in the blazing summer heat.

Our sweaty, grueling months of conditioning were followed by a strenuous competitive season, where we traveled across the Midwest to compete with other top-notch marching bands. Not to brag, but my band always did pretty well.

But alas, people continue to de-value marching band and claim it isn’t a sport. No offense golfers, but what makes riding around in a golf cart any more athletic?

For those of you who don’t think marching band falls into the realm of athletics, I advise you to attempt running across a football field with 100 other people, all while playing an instrument half your body weight.

Eventually, my time in high school marching band came to an end but my affinity for the marching arts did not.

During my freshman year of college, I became a member of the Blugold Marching Band. The BMB was a huge change from the military-like strictness I knew from high school band, but that doesn’t mean it wasn’t super intense.

For those who don’t know, the BMB has a week-long band camp, which consists of long practices under the hot summer sun. After these practices I could usually be found stumbling back to my dorm drenched in sweat.

Throughout the fall season, BMB can be spotted practicing outside Haas most days of the week, along with weekends packed full with concerts, trips and football games galore. With that being said, BMB, or any marching band, is not for the faint of heart.

So, at the risk of sounding like a total geek, I urge you all to show your marching band friends a little more respect because, honestly, they deserve it.