The Army: an unexpected journey 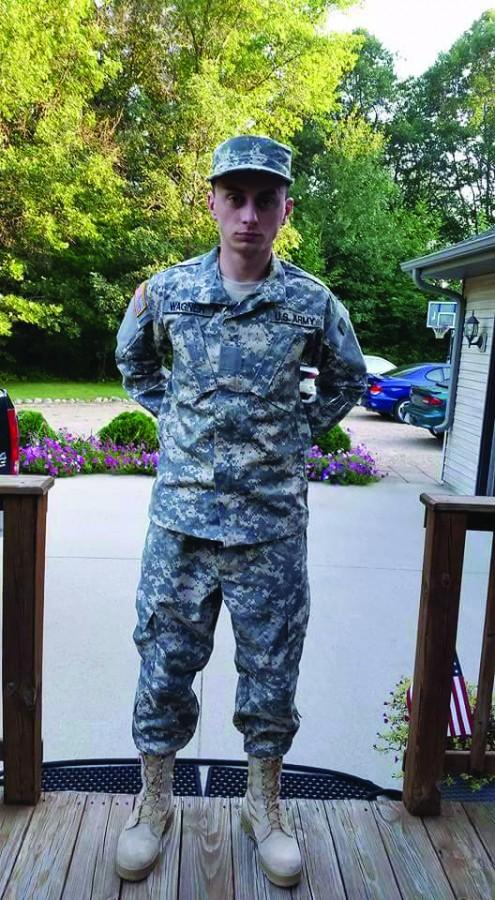 As I stood in front of the Vietnam War Memorial, I was awestruck by the sheer number of names etched into its ebony walls. Every name represented the ultimate sacrifice; one made not out of want, but necessity.

My gaze eventually shifted from the sea of names to the flowers that lay beneath them on the ground. One bouquet caught my attention when I noticed it had a note attached.

I probably shouldn’t have, but I proceeded to kneel down and open up the note. Written in it was one of the most powerful messages I’ve seen.

Suddenly, everything about that moment became important; the single tear rolling down my cheek, the people around me finding the names of loved ones they lost and even the wind rustling my shirt.

After I collected myself, I rose to my feet and once again looked at the wall. This time, however, I didn’t only see the names of the fallen, I saw a man ready to make those who come to these memorials proud.

This experience occurred two months ago when I was in Washington, D.C. representing my electric cooperative at a large student oriented conference. I was excited to go (mostly because it was all expenses paid), but I was also facing a difficult decision before I left.

I would be making the decision of whether or not to join the military.

I started talking to a recruiter for the National Guard and was instantly enthralled by all of the opportunities the experience would have in store for me. I could be a firefighter, a military police officer, or even work with satellites. I was ready to join, but I decided to see what advice my family and friends had to offer before committing.

My friends told me I would be taken advantage of and that I wasn’t mean enough to join the military. My family was afraid I would get shipped overseas and they would never see me again, but they never told me outright not to do it.

While it was good to hear  different perspectives, opening up to other people’s criticisms troubled me a bit. I began to doubt myself and my abilities.

In the midst of all this negativity, I more or less told my recruiter I wasn’t interested in the military anymore. I felt uneasy about the choice, but I managed to ignore it up until I went to D.C. and I stood in front of that shimmering black wall of names and it finally hit me.

After I finally saw the real me staring back through my reflection in that wall, I knew that joining the National Guard was exactly what I wanted to do.

So when I got back to Wisconsin, I called my recruiter and told her I was ready to join. On August 10, 2015, I swore my oath and became a soldier of the United States of America.

I still have a long way to go until I can officially be considered a soldier in the eyes of my military peers, but I’m more than ready to challenge myself. I’ve become more conscious of my actions and I see power in everybody I meet because of my experience with self doubt.

I may have been a victim of this self doubt just a few months ago, but I now know what my passion is. I now live to serve my country, and I live to protect every single one of you, for you are what makes our nation great.