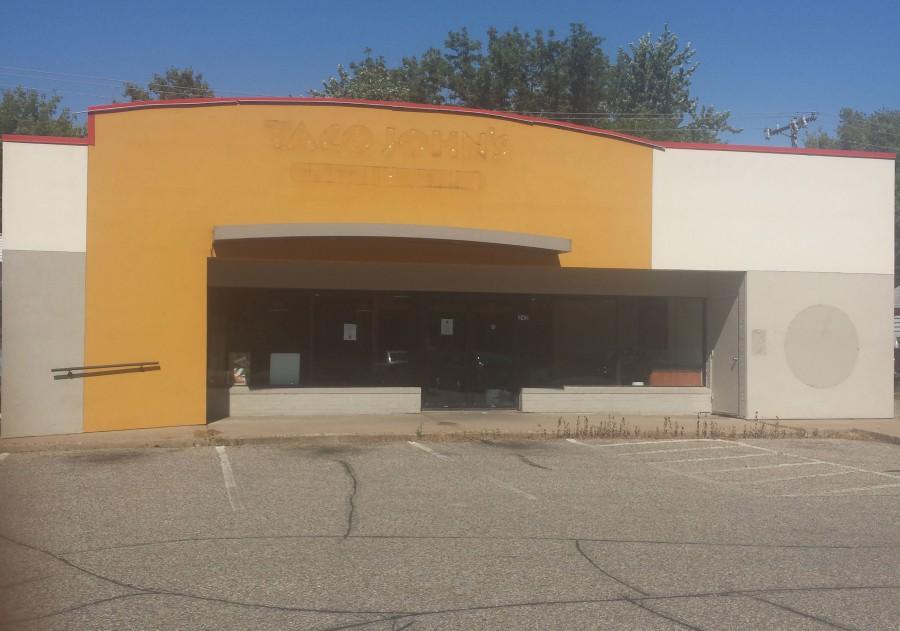 The building formely known as Taco Johns on the 200 block of Water Street, will soon be turned into student housing.

On May 19, what UW-Eau Claire students knew about fast food on Water Street changed forever.

Taco John’s, a fast food establishment that sat on the 200 block of Water Street for over 30 years was being shut down in order to make way for new apartment development at the convenient location adjacent from the Eau Claire campus.

Although the addition of new building development may help the looks of the street and student’s housing situations, the additions aren’t something that is completely necessary.

Over the past couple of years, a new large set of apartments went up across Clairemont Avenue known as Metro Crossing Apartments, allowing students nice new affordable apartments with a short walk or drive to campus in addition to the multitude off campus housing already available.

With the off-campus housing situation not being a pressing situation, you would think Water Street could be a hub for fast food joints. However, after the loss of Taco John’s, the Street has run bone dry of fast food chains minus the similar sandwich shops of Subway and Erbert and Gerbert’s.

According to an article done by WEAU.com at the time of the closing, former Taco John’s owner Jon Munger said, “While the decision to sell the location was difficult, we found it was in the best interest to help continue growth and development in the Water Street Downtown area.”

What Water Street really needs is the addition of a large fast food chain to accommodate the many students already living in the nearby areas. This would  allow students to  grab a quick and cheap meal before or after class, and late at night after bar close when fulfilling the munchies is students priority.

McDonald’s, Arby’s, Wendy’s, Taco Bell, heck I’d even take a Burger king. As it stands right now, I can’t walk onto water street just blocks away and get myself a late night burger and fries that I may be craving, and instead would have to settle for something like Buzzy’s.

Now don’t get me wrong, Buzzy’s is a great late night snack as well, but I think many students would agree that after frequenting the same business every weekend it gets old fast.

I know what some might be thinking. If a large fast food chain like a McDonald’s comes to Water Street it will take away business from the small businesses like  Buzzy’s, Guppy’s or New York Pizza & Deli.

Although a fast food chain would more than likely bring in a large crowd, the same people who want’s their late night pizza would still keep the pizza businesses running strong.

Along with the business staying strong at the small food establishments, the addition of a fast food chain would also bring more traffic to local businesses such as Fleet Feet, Azara or Truckers Union as more people crowd the street to receive their favorite fast food items.

In the months since Taco John’s left its longtime home, the walk home after a long day of class or a night out has become troublesome when a quick meal is needed. Sometimes you just need that comfort food no matter how greasy or supersized it may be, and with a little work Water Street could bring it back.