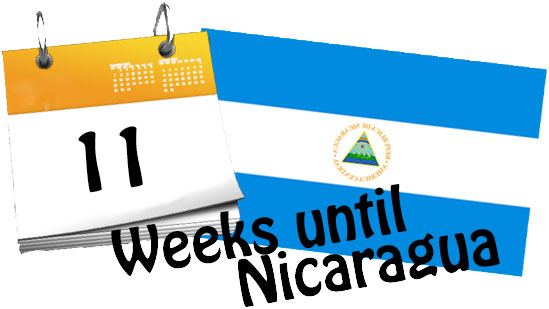 The day I’ve been waiting for came earlier this week. I purchased tickets to fly from Chicago to Managua, Nicaragua. It’s real — I’m going abroad.

Since I’ve accepted my spot into the faculty immersion, I’ve been researching flights like no other. Pinterest has become my best friend, and has taught me so much about what I need to know about buying tickets.

There were so many things I didn’t know, but a few that stuck out to me in particular:

— Prices fluctuate all the time. I’ll get to that one later.

— Flying internationally is a little different. Instead of buying tickets about four to six weeks away from your departure date, you should really buy them 11 to 12 weeks in advance.

One day, I found a pin about, “16 Useful Travel Websites You Probably Didn’t Know About,” and stumbled upon Skiplagged. It’s an app similar to ticket vendors like Kayak, Expedia and Priceline.

I looked at it weekly to see if I could snag a good deal. It’s also the same app that basically caused my heart to stop when I searched on Monday.

Get this: On Monday afternoon I found roundtrip tickets from Chicago to Managua and back for $425.

If your heart stopped too, that’s fine. Like I said, mine did.

So, instead of working on a study guide for an exam later this week, I went from my dorm on upper campus to Bollinger lot to get my car. After running to the bank and putting the necessary money into my checking account, I drove back to Murray Hall, pumped to buy my tickets.

Now, before I go further, disclaimer: I’ve never bought an airplane ticket in my life. I’ve only been on a plane once in my life, which was one way and my sister bought it for me.

Anyway, as I logged back onto my computer, the prices jumped to around $650.

Remember when I said I never bought a ticket in my life? I didn’t account for the fact that ticket prices can literally change any second.

I don’t think I’ve ever felt such a great high followed by such a downfall in such a short amount of time in my life. I just lost tickets that may never be that low again. And I still didn’t  have the money to buy the tickets.

Although I spent most of Monday night worrying about if I would be able to get on the same flights as the two girls from my group, I purchased my tickets early Tuesday morning and I’ll be flying out with them (after another price jump, but, whatever).

It’s now official: my itinerary has been sent to me, so it’s real. Orientation set me up for the excitement, and the tickets are, to me, the actual excitement itself. Without these tickets, it wouldn’t be possible for me at all to be able to go to another country.

Ready or not Matagalpa, I’ll be coming for you in less than two and a half months.