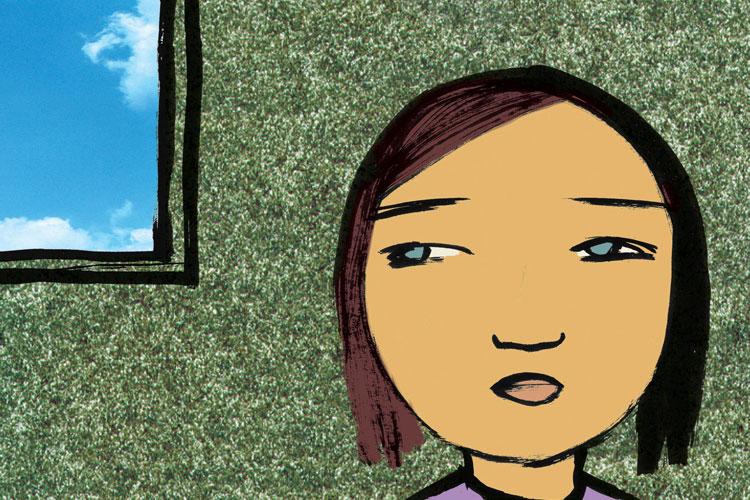 There it was. A seemingly harmless meme, smack dab in the middle of my news feed. Bold, intrusive, impossible to miss. It read: “If women ruled the world, there’d be no wars, just a bunch of jealous countries not talking to each other.”

Maybe it wouldn’t have bothered me so much if there hadn’t been endless comments — from both men and women — enthusiastically agreeing: “Straight up true LOL!!,” “There’d be a lot of gossip too. And SANDWICHES” and “Weerrd.”

Out of all the blatant, infuriating sexism sprawling the Internet, this is arguably the worst kind.

This internalized misogyny is especially crippling because it’s the more insidious kind.

It’s the kind of injustice that manages to exist under the guise of humor and harmlessness.

Nowadays, it seems a person is chastised more for defending a degrading joke about women than actually delivering one. How have we, as a generation, gotten to a place where this type of discrimination is validated, encouraged and regarded as funny?

Sexist jokes aside, this meme is a manifestation of a much larger problem — girl hate.

As Tavi Gevinson, editor in chief and founder of Rookiemag.com put it, “Girl hate is not hating someone who happens to be a girl, it’s hating someone because we’re told that, as girls, we should hate other girls who are as awesome as or more awesome than ourselves.”

Basically, girl hate is a term that refers to the systemic ways society teaches women to interact with each other. Since childhood, many of us have been taught to feel like we are in constant competition with other women.

Too often we are taught to immediately be jealous and untrusting of other women (often those we don’t even know) who appear to be smarter, prettier, thinner or more confident than us.

We live in a patriarchal society that reduces women to bodies, sexual history, relationship status and stereotypes.

When it comes to the media, there is no such thing as being complex and multi-dimensional.

We all know the alpha female trope — a pretty, popular girl cannot also be a nice person. Because she’s beautiful or confident, she must be promiscuous or backstabbing or conniving or mean.

As a result, when a woman is confident in her own skin, instead of admiring her or perhaps getting to know her, we’ve been taught to spread rumors about her, threaten her or call her a slut or b****.

We’ve grown up reading magazines, and watching movies television shows (hello, “The Bachelor”?) that perpetuate the myth that in order to find happiness and fulfillment (whether it be gaining acceptance, a boyfriend, job, etc.) we must tear down other women.

She must lose, we must win. But it’s a lose-lose situation. And it has to stop.

Remember that gym scene in “Mean Girls” when Tina Fey says, “You all have got to stop calling each other sluts and whores! It just makes it okay for guys to call you sluts and whores”? What a noble goal!

We absolutely must banish this girl-on-girl hate, and we can begin by acknowledging that we are more than products of a brainwashed society.

Jealousy usually stems from insecurity, so if we can learn to develop healthy self-esteem, maybe we’d be less inclined to tear other      women down.

Speaking from personal experience, the more open-minded and accepting of myself I’ve become, the easier it has become to genuinely like other women.

If you find yourself feeling resentful towards another woman because she legitimately wronged you or is a crappy person, that’s a whole different thing.

If you find yourself judging another woman or pointing out flaws for no real reason, stop and ask yourself why. It’s probably because she’s got something really great going on.

Recognize her good qualities and try bonding with her. Compliment her. Strike up a conversation.  Befriend her. No dirty looks. No name-calling. No petty drama. We’ve got to stick together and back each other, ladies.

If we can master this, maybe there’d be fewer wars, more respect and a bunch of confident women taking charge and supporting each other. Weerrd.