Freedoms should not be taken lightly 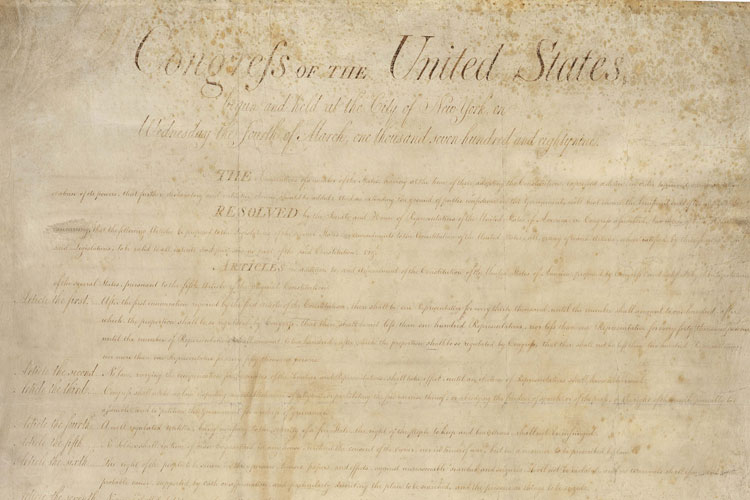 A photojournalist was assigned to cover a rally in November 2011, so she headed to the site of the unrest. Camera and press badge in hand, she began shooting arrests of student protesters that afternoon.

According to her editor, she was recognizable as a member of the press, thanks to the camera equipment and said badge.

Suddenly, a police officer grabbed her and arrested her. End of story.

That incident could have been anywhere. But it breaks my heart to know that it happened in the U.S., and more specifically,            in Wisconsin.

He described the event as inappropriate and a violation of the First Amendment.

But do you? According to an annual report produced by the Freedom Forum’s First Amendment Center, one or two Americans in 500 typically know the full five freedoms, one of which is freedom of the press that is described above.

Also, fun fact: More people could name Simpsons characters than their First Amendment rights, according to a 2006 study by the McCormick Tribune Freedom Museum.

The thing is, this frightens me more than Wentz-Graff’s arrest. Sure, I worry about a world that has First Amendment violations such as that one.

But I worry more about our lack of knowledge about what we have, especially when people around the world lose their jobs and lives fighting for what we have.

I could tell you stories about a newspaper editor in China who was fired for publishing a letter about censorship, how Iran bans freedom of religion for the Baha’i, how protesters are denied the freedom of assembly around the world.

But we live in a section of the world where we have the opportunity to live a comfortable life with little thought to what goes on outside our borders. It is relatively simple to busy our heads in the sand.

In an interview with The Poynter Institute, which is dedicated to ensuring access to excellent journalism, Ken Paulson, senior vice president of the Freedom Forum First Amendment Center, said that research by the center shows that people have forgotten what the First Amendment was supposed to be.

The humor in this is so bittersweet. So we don’t know what our freedoms are. Big deal. We live in a world where we have the right to forget that we have these freedoms because for you and me, they have always been there.

We even have evidence of recent uses of the First Amendment. At least someone’s doing something, right? Maybe you were involved in one of these examples.

The protests in Madison and around Wisconsin for and against Gov. Scott Walker highlight freedom of assembly. The ability to decide whether or not to sign a recall petition along is a nod to freedom of petition.

But here’s the thing: A day could come where in forgetting, we could lose everything.

If you want to take a refresher course about the freedom of assembly, petition, press, religion and speech, please consider immigrating to the Dictatorial Republic of Freelandia between 11 a.m. and 2 p.m. Wednesday, May 2, sponsored by the Society of Professional Journalists and other campus and community organizations.

We offer you the opportunity to sign away these rights for a free meal and a reminder in what we are fortunate to have — First Amendment protections.