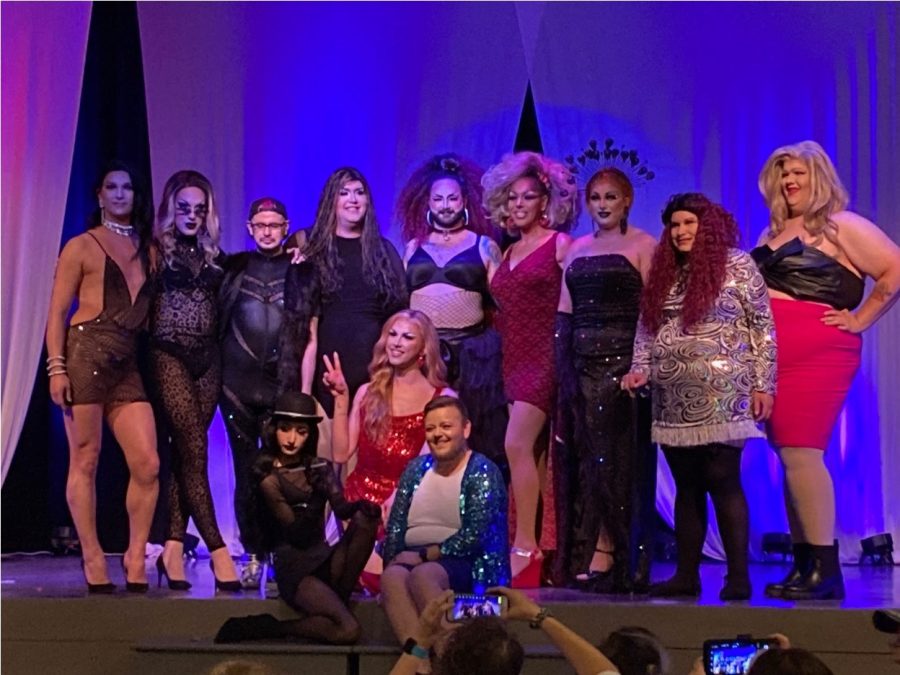 When asked about the fundraiser, Wayne Marek, the executive director of the Eau Claire Children’s Theatre, explained the event.

“It provides funds to allow our ticket prices to remain affordable for kids and families of the Chippewa Valley,” Marek said.

Despite the event being held at a children’s theater, the event itself was 18 plus. This was due to the event having an open bar. Besides alcohol, the other costs for the event were tips for the performers and ticket prices.

Tickets were listed on the Eau Claire Children’s Theatre website for $25 for one night and $40 for both nights.

Various desserts were free for those attending the event. This year, they had donuts, cheesecake, cookies and other sweets, including a chocolate fountain.

The event also had assigned seating at various tables and offered free wine glasses to those attending.

The performances were from several different drag queens who were in town at the time. The show had an array of pop music, ranging from current hits to songs from several decades ago.

They interacted with those in attendance and collected tips from those around them. They would often end up with a fist full of money and many dollar bills would end up on the floor only to be picked up by other people working there later.

The event has only been around for six years but Marek shared some insight as to how the event came to be.

The event has passed by this year, however the event will be back next year. According to Marek, attendance and support of the event is always encouraged by those at Eau Claire Children’s Theater.

“Be checking your calendars for next September. It’s always about the same time of the month. It’s usually mid-September or so,” Marek said.

Curtin can be reached at [email protected]