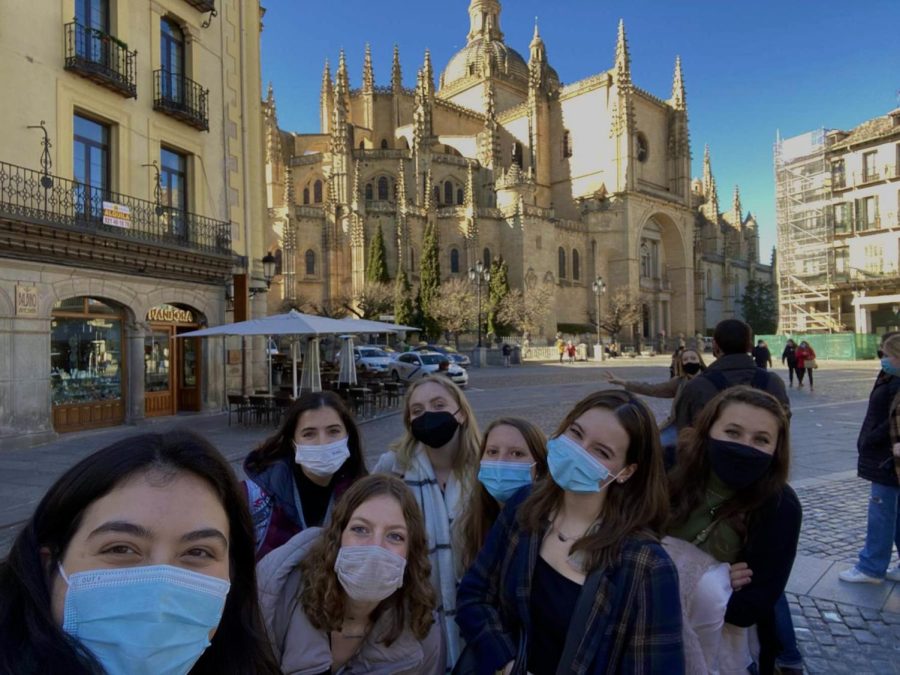 Note: “Across the Pond” is an on-going column in which freelance writer Grace Schutte will be writing about her study abroad experience in Valladolid, Spain.

In the time leading up to my semester in Spain, I was always told the same thing when it came to conversations about going abroad: “Ma’am, this is a Wendy’s.”

Okay, maybe not that exactly.

In reality, it was something more like, “Wow, you’re going to have so much fun — live it up while you’re there. It’s going to be over before you know it.”

Yup. That’s exactly right. A single semester used to wane on and on, regardless of whether I enjoyed my classes and professors. The slow trudging of time was limitless when it came to school.

Here, it is very much the opposite. There have naturally been moments where I counted down the minutes as I sat through another hour of grammar lessons. Overall, the time has flown by. And now that we are down to a single month left, everyone has become hyper-aware of the fact.

Our first day back to classes after our break, I got teary-eyed seeing some of my favorite professors for the first time in weeks.

Before, I hadn’t realized how much I would miss them, but something came over me as I sat in my literature class learning about José Zorrilla and his sleazy Don Juan character getting dragged into the fiery pits of hell by the ghost of the father of his dead lover — both of whom he killed.

I’m really going to miss this, I thought.

To add insult to injury, our professors are also up to speed on our fast-approaching departure date and add to the nostalgia dump by sprinkling remember-your-first-day? conversations here and there.

At dinner, my host parents give us that knowing smile, one that says, “I told you so,” but in a sympathetic way. It’s normal to feel this way, they said. But, rather than being down, why not try to remember this time fondly instead?

In theory, it should be so simple, but for some reason, recalling the absolutely jarring screech of the walking signal as one of my first culture shock moments makes me existential.

Yes, I can audiate its chirpy scream on command, but what about in 10 years? Will the plaguing siren call haunt me for the rest of my days or not?

We’ve also entered into that lovely hour where time is no longer measured by days or weeks.

Instead it’s generalized by events and their proximity to the end: final weekend trips, assignments due, studying for final exams and frantic nights out trying to take advantage of what time we have left.

It is a strange limbo, mourning an experience that hasn’t even ended yet — though I did the same thing for Semana Santa, so I shouldn’t be so surprised.

There are days when I need to wallow in my room for a while, sitting with the lights off and the shutters closed. Then others where I want to run through the paths of Campo Grande, befriending  the peacocks that are known to wander around the grounds.

Both options have their time and place, that classic debate between carpe diem and tempus fugit, and I think it best to let them both run their natural course.

Despite the downer days, the ones where I prematurely imagine packing up my suitcase and kissing this country goodbye (twice, one on each cheek, because it is Spain, after all), I am so grateful for the opportunity to be here.