The Chippewa Valley Paranormal Investigators are here for your local hauntings. 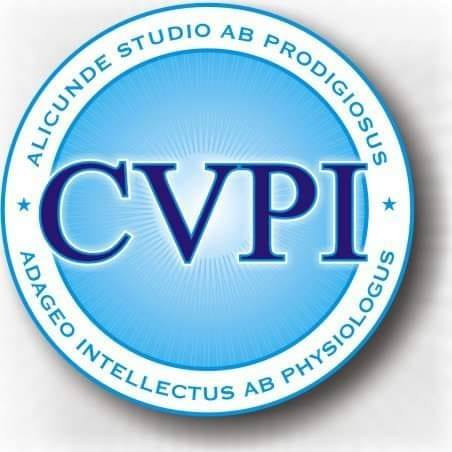 In 75% of spooky situations, Chris Wiener said, it’s not paranormal. The CVPI is there for that other 25%.

Are you experiencing what you think might be paranormal activity? Or, just curious about ghost-hunting? The Spooktator has the people for you: the Chippewa Valley Paranormal Investigators.

The CVPI has been practicing since 2005, said co-founder Chris Wiener, and only takes on a few cases a year. Anyone in the Chippewa Valley with a possibly paranormal concern can give them a call and receive free service.

“We’re here to help people come to an understanding of their surroundings,” Wiener said. “There are a lot of misconceptions around the paranormal and about what they have going on in their house.”

Wiener and the CVPI team will go through the case first before deciding if they want to investigate. They are science-first, he said, and the goal is always to first find a logical explanation for whatever may be going on.

“75% of the places we investigate have no paranormal activity whatsoever,” Wiener said. “It’s usually something that we can explain, be it rattling pipes or some mice in the wall.”

Wiener said if after the preliminary investigation they couldn’t locate a logical explanation, then they begin research.

The CVPI will look through historical details of the house, track down previous owners and check the audio/video and notes they collect during a first walkthrough.

The full investigation commences from there, he said. They use ghost hunting tools, such as an EMF meter, used to measure surrounding electromagnetic fields for evidence of activity.

A particularly memorable experience for Wiener took place in Iowa. The CVPI were visiting the Villisca House, the site of an eight-person axe-murder in 1912, which reportedly still remains haunted.

Wiener said that two members of his team were on the ground floor while he and one of his partners were upstairs. One of the ground floor members thought she saw the shadow of a girl leaving a bedroom and walking towards her.

“We came downstairs to make sure everything was okay,” he said. “On my way down the stairs, I was scratched.”

As always, he said, Wiener looked for a logical explanation first. There were no nails sticking out anywhere on the stairs, or anything else there that could’ve cut him on his way down.  His shirt was untouched. Yet, there was a large scratch down the side of his torso.

When it comes to those questions of belief, Wiener said he responds to critics and skeptics with a “you believe what you want, I’ll believe what I want” attitude, with respect for both.

“I want proof,” he said. “When I enter a place, I’m expecting and planning on finding a logical explanation. When I can’t, then I will believe it’s paranormal.  Like the scratch. There was nothing that could’ve done it, so I’m pretty sure it was a spirit in that house.”

Although that event took place in Iowa, there’s plenty of paranormal activity in the Chippewa Valley for the investigators, he said.

The Chippewa River has a certain energy about it that helps the places in this area that are seemingly haunted, Wiener said. Chippewa Falls, he said, experiences a lot of haunting along the riverbanks, in particular.

“Water has its own power,” Wiener said. “I think that water driving through our valley is helping stem a lot of activity.”

Wiener hosts a haunted tour of Chippewa Falls every Saturday night in October called “The Haunted Chippewa History Tour,” where he discusses the river and local hauntings.

Why ghosts might exist is something he is unsure of. Many, if not most, religions have some nods or references to the idea; so, he said, if you wipe the board clean of religion, there is still the common factor of spirits — or the essence of humans that stayed on earth.

“It’s just so hard to classify,” he said. “There are people that classify this as a religious thing, and some people that don’t. It’s really hard to know.”

For those that might have seen ghost hunting shows and want to do some ghost hunting of their own, he strongly advises against it. Wiener said he has been reading and researching the paranormal for 42 years — and it isn’t something to be taken lightly: call the experts.

“I always say that I’m more scared of the living than I am of the dead,” Wiener said. “So when you hear that bump in the night, don’t be scared. See if you can find that logical explanation, and if you can’t, then call someone like us.”

For more on the Chippewa Valley Paranormal Investigators, check out their website.